Holy Week 2020 Calendar With Full Dates: From Palm Sunday to Maundy Thursday to Holy Saturday, Know Significance of Each Day of Passion Week Before Easter

Holy Week starts with Palm Sunday, followed by Holy Monday, Holy Tuesday, Holy Wednesday, Maundy Thursday, Good Friday and ends Holy/Black Saturday. As we observe these days, we have listed down the meaning of these observances. 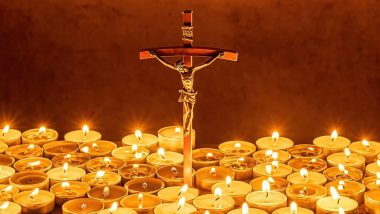 Holy Week 2020 leading upto Easter has begun. Christians across countries observe the days by following various traditions and customs. Also referred to as Passion Week, it is the time from Palm Sunday through Easter Sunday. It starts with Palm Sunday, followed by Holy Monday, Holy Tuesday, Holy Wednesday, Maundy Thursday, Good Friday and ends Holy/Black Saturday. It is named as Passion Week because of the passion with which Jesus willingly went to the cross in order to pay for people's sins. Holy Week 2020 began on April 5 (Sunday) and will end on April 11 (Saturday). The Holy Week is important for Christians as it commemorates the resurrection of Jesus after being crucified.

Holy Week 2020 began on April 5 (Sunday) and will end on April 11 (Saturday). Holy Monday is on April 6, Holy Tuesday on April 7, Holy/Spy Wednesday on April 8, Maundy Thursday on April 9, Good Friday on April 10, Holy Saturday on April 11 and Easter on April 12. Each day of the Holy Week represents an event from the time arrived at Jerusalem until the time he was crucified and the resurrection thereafter. As we observe these days, we have listed down the meaning of these observances. Good Friday And Easter Sunday Dates in 2020: Meaning, Significance, Traditions and Celebrations Associated With The Christian Observances.

Palm Sunday or Passion Sunday is the first day of the Holy Week. It coincides with the Jewish festival of Passover. Jesus entered Jerusalem on this day on a donkey. He was greeted by hundreds who waved at him with palm leaves. They shouted 'Hosanna' (praise be upon him) when he entered. The day represents the pain before the victory.

Holy Monday commemorates the episode when Jesus cleansed the temples, according to the Bible. Jesus drove out the traders from the temple of God and cleaned it. According to Matthew 21:12 -13, Jesus cast out the wrongdoers, and overturned the tables of those selling doves. He said to them: "It is written. My house will be called a house of prayer, but you are making it 'a den of robbers'."

The Holy Tuesday is believed to be when Pharisees conspired against Jesus after he cast away the vendors of the temple. They also spoke against Jesus to the supporters of Herod, the King.

Before the feast of Pesach, people conspired to kill Jesus. Jesus sat with his 12 disciples to have supper at the house of Simon the Leper in Bethany.  It was when Judas Iscariot, one of the 12 disciples decided to betray Jesus into the hands of his killers, for 30 pieces of silver coins. Hence, the day is also known as Spy Wednesday. 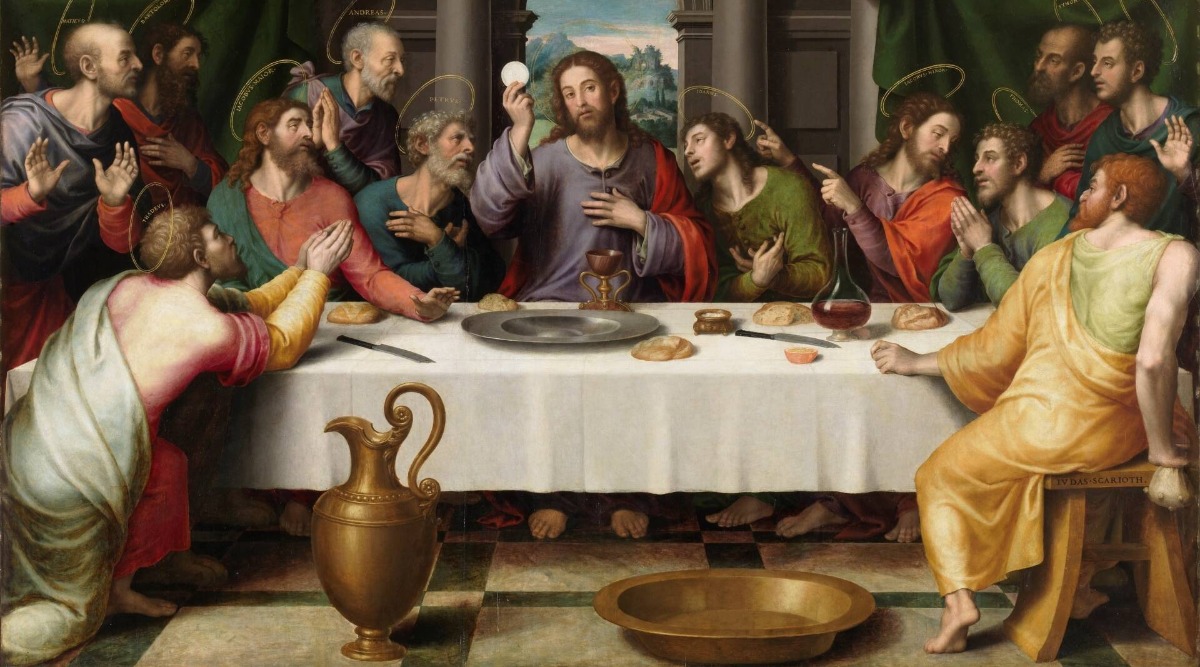 On Maundy Thursday, Jesus had Last Supper with his disciples. He sat with his disciples to have supper, broke bread and offered to them saying it was his body. He poured wine to them, saying it was his blood. On this day, Jesus went to the Garden of Gethsemane, waiting for the right time. He knew he would be betrayed by Judas and will be crucified for the sins of humans. Just after, Judas betrayed him and kissed him as a sign for the guards to understand. Soon, Jesus was arrested and had to go through various trails at different courts the same night. He was given purple robes to wear and a crown of thorns by the soldiers who mocked him as the 'King of men'.

On Good Friday, Jesus was crucified and hence it is remembered as a day of mourning. He was made to carry the cross and eventually crucified at Golgatha. Although it is a day of grieving, Christians call it 'Good Friday; to remember the goodness of his works.

Holy Saturday is the day before Easter. It is the day between Jesus' crucifixion and resurrection. After he was crucified, Jesus was buried in a tomb with the intention of completing his embalming on Sunday.

These are the significance of the days of the Holy Week. After Holy Saturday comes Easter Sunday, when Jesus Christ as resurrected from the dead. Bible details the incident as the symbol of God's love for the world that he let his only Sun be crucified so that whoever believes in him shall not perish, but have eternal life. Christians celebrate Easter Sunday, as it is believed to be when Jesus resurrected.

(The above story first appeared on LatestLY on Apr 05, 2020 04:52 PM IST. For more news and updates on politics, world, sports, entertainment and lifestyle, log on to our website latestly.com).