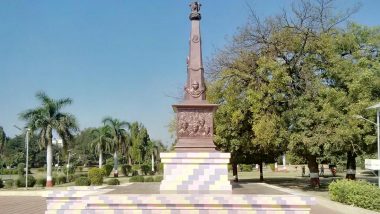 The Indian Army carried out an operation to integrate Marathwada with India 13 months after Independence. India became a free country on August 15, 1947. After the partition, princely states were given the option to either join India or Pakistan. The ruler of Hyderabad, Osman Ali Khan, decided to remain independent. Sahebzadi Basheerunnisa Begum, Last Surviving Daughter of Nizam of Hyderabad, Dies Aged 93.

Khan also appealed to the United Nations that his princely state, which included current Marathwada and Telangana regions, for getting statehood. This led to a revolt in the state. During the revolt, Marathwada saw major uprisings against the Razakars. Swami Ramanand Tirth, Govindbhai Shroff, Vijayendra Kabra and Ramanbhai Parikh and P H Patwardhan led the rebellion.

After Independence, 562 out of 565 princely states integrated within India. Princely states of- Hyderabad, Junagadh and Kashmir refused to integrate with India. To avoid the fragmentation of the country, the Indian government launched a military operation named "Operation Polo" to integrate Hyderabad with India. At that time Hyderabad was under the rule of Nizam, Mir Osman Ali Khan Bahadoor. Marathwada Liberation Day 2019: Date and Significance of Mukti Sangram Din.

On September 13, 1948, Police action started in the state. Main armed forces intruded from the Solapur. Within hours, the Indian forces captured areas, including parts of Naldurg, Tuljapoor, Parbhani to Manigarh, Kanergaon, Bonakal of Vijaywada. The Indian forces also attacked from Chalisgaon and Buldhana. On the September 15, forces of Nizam started to back off, and two days later, on September 17, the army head of Nizam's forces Jan Al Idris surrendered. Nizam also surrendered on the same day, and Hyderabad was annexed within five days.

(The above story first appeared on LatestLY on Sep 17, 2020 08:00 AM IST. For more news and updates on politics, world, sports, entertainment and lifestyle, log on to our website latestly.com).