National PTSD Day 2021: What is PTSD? From Symptoms to Diagnosis, Here’s Everything You Need To Know To Spot The Signs of Post-Traumatic Stress Disorder

National PTSD Day is celebrated on June 27 in the US to raise awareness of post-traumatic stress disorder, a mental health problem that arises when one is exposed to one or more traumatic events. 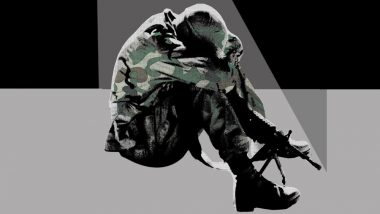 National PTSD Day is celebrated on June 27 in the US to raise awareness of post-traumatic stress disorder, a mental health problem that arises when one is exposed to one or more traumatic events. These Traumatic events later morph into PTSD if not treated on time. The events can be fraught with painful memories of physical or sexual assault, witnessing war-related combat, stress from disasters, and deadly threats faced by a person in a particular moment in their life.

Most PTSD illnesses go undiagnosed because they are not easily identifiable. PTSD often mimics and overlaps with symptoms of other mental illnesses like depression or anxiety. Proper diagnosis is key to dealing with the symptoms of PTSD. Learning and educating ourselves about this illness can go a long way in coping with it. Let’s start with What is PTSD?

The American Psychiatric Association defines PTSD as “a psychiatric disorder that may occur in people who have experienced or witnessed a traumatic event such as a natural disaster, a serious accident, a terrorist act, war/combat, or rape or who have been threatened with death, sexual violence or serious injury.”

How To Spot The Signs of PTSD?

Some common symptoms of PTSD, as stated by Mayo Clinic include,

The first step is to identify and come to terms with the symptoms of PTSD. If you suffer from any of the aforementioned symptoms for more than four weeks, seek professional help who can diagnose and prescribe treatment. Find a suitable therapist that will adequately meet your needs.

(The above story first appeared on LatestLY on Jun 25, 2021 03:41 PM IST. For more news and updates on politics, world, sports, entertainment and lifestyle, log on to our website latestly.com).