At the first sign of adversity, many beginner entrepreneurs would wave a white flag. 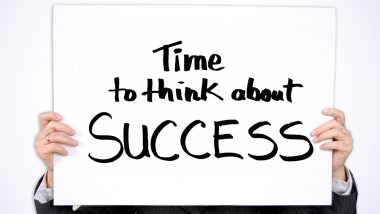 “I realized that my life was a reflection of the choices that I had made so far... I could no longer hide from the truth.”

At the first sign of adversity, many beginner entrepreneurs would wave a white flag.

Entrepreneurship is a challenge in itself. Once it clashes with life’s various hurdles, business owners face increasingly heavy responsibilities. The mere thought of juggling one’s personal problems with the competitive nature of running a business is key to funnel the ones with a true vocation.

Bobbi Kahler has made it to the bottom of the funnel, standing among one of the most highly sought-out business coaches in the nation. The Illinois-born Fortune 100 consultant turned business coach for 6 and 7 figure entrepreneurs has fought her way into the business world; a fight she could’ve easily surrendered, but didn’t.

From facing a speech pathology to surviving an illness with a slim survival rate, Bobbi had to defy the odds by herself, for herself. Once she realized her current choices were no longer serving her, she decided to change her ways. Here’s a peek at Bobbi’s inspirational success story.

A Hunger For Growth

Before ever referring to any business, the word “growth” concerns Bobbi’s quest for personal development. There she went, down the bumpy road toward finding her place in the world.

Bobbi’s challenges began during childhood, when she was diagnosed with a speech impediment that, according to her speech therapist, would hamper her communication abilities well into adulthood. If she ever got rid of it, the issue would prevent her from communicating properly. While a lot of people would’ve allowed this restraint to dictate the rest of their lives, Bobbi refused to do so.

Thanks to her mother’s help and encouragement, Bobbi got enrolled in debate teams and challenged her speech impediment face-to-face. By her middle twenties, her speech issue was mostly gone. If any traces of it remained, they no longer stopped her from using her influential speech as a life-changing tool.

Inevitably, her insatiable hunger was scarred by arduous relationship trials.

Although her mother played a tremendous role in Bobbi’s personal and interpersonal development, she also unfortunately thickened her daughter’s skin in the worst possible way. Bobbi described the coexistence with her mother as a “mixed experience” due to her mother’s occasional abusive behavior.

She recalls having to fight for her education because her mother didn’t believe school could give her daughter what she needed. This ordeal armed Bobbi with the knowledge of how to deal with this kind of trouble, and more importantly, how to fight for herself.

Little did she know, she was about to endure some of her worst trials and tribulations.

Not One, Not Two, But Several Jobs Preceded Her Breakthrough

Like any success-oriented entrepreneur, Bobbi always put her studies first. Yet, as we all know, dedicated efforts aren’t always synonymous with success. Not because those efforts are flawed, but because there are better opportunities right around the corner.

Like over 80 percent of Americans, Bobbi couldn’t afford college-- but she was willing to work hard to make it happen. It was during her management jobs at Wendy’s and McDonald’s that she honed her innate leadership chops. Although they weren’t the jobs of her dreams, they showed her how inspirational her work could be.

In Illinois, she worked more jobs in law offices to be able to support her education. She knew she deserved better, which led to one of the best decisions of her life: heading over to Chicago to fight for better prospects.

While in Chicago, Bobbi met her soon-to-be husband, Rick. Both had something in common: neither of them wanted to work hard for peanuts. For this reason, the couple set out for a fresh start in Portland, OR, and were ready to work on their dream business. They started training small businesses to the point of triumph and, together, they reached success.

However, this was her peak between two valleys. Just before her wedding in 2003, Bobbi’s doctors warned her about her ill-health and her slim chance of living, which was less than two percent. They strongly advised her to take a break from her business if she wanted to stay alive to enjoy a happy, lasting marriage.

They say health always comes first, and Bobbi respected that. Still, she didn’t yield to the illness, nor let it stagnate her. Instead, she took her much-needed recovery time to catch up on her studies and get a master’s degree.

While taking care of her health, she discovered her life’s purpose with ASLAN Training & Development: to use the myriad life experiences under her belt to help those going through similar issues.

Today, Bobbi Kahler is a success coach and consultant for companies such as American Airlines and Merck. Her work is no longer restricted to large corporations; she states that her work “has successfully transformed the lives of over 3000+ C-Level Execs, Directors, Managers, Presidents Club Awarded Sales Representatives & Entrepreneurs Nationwide.”

Bobbi helps entrepreneurs who are struggling with finances, relationship issues, as well as career and self-improvement struggles using the Bobbi Kahler Techniques (BKT). Her coaching creates long-lasting change in her clients' lives. In order to earn a chance to work with her, clients must qualify by booking a 15-minute discovery call.

She’s the author of Travels of The Heart, a powerful guide on how to heal and thrive when facing life’s unforeseeable adversities. She also hosts the podcast “The Unyielded Show”, which features guests ranging from well-known TedX Speakers to insightful C-Level Executives.

In a word, a person is only able to change someone’s life if they’ve changed their own, somehow. Bobbi Kahler is a prime example of a leader who we can all learn powerful life lessons from, and take them with us throughout our lives and careers.

“I want people to see that no matter what they are facing, thriving is possible. We can write our own story.” - Bobbi Kahler