Amazing Health Benefits of Ginger You Didn't Know About 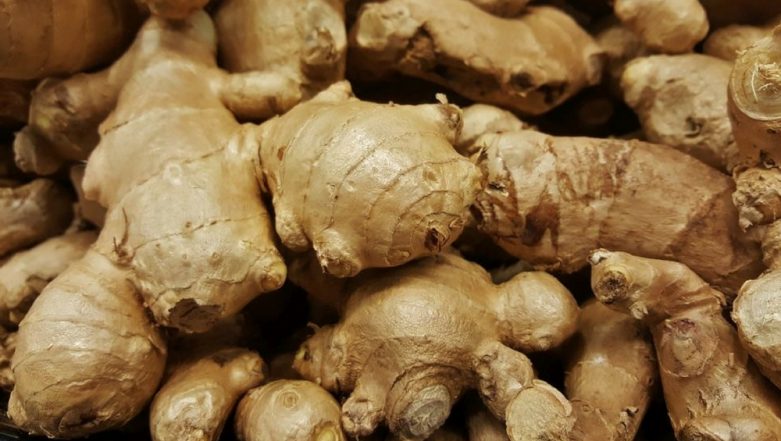 Ginger is one of the most widely used dietary condiments in the world. The sharp-tasting rhizome has been around for centuries and is used in numerous forms, either raw, dried, powdered, pickled or candied. India's association with ginger dates back as far as 5000 years ago. Such is our love for the spice even to this day that we lace our chais with a generous helping of adrak and we have even learnt to make sweetmeats like halwa with ginger. There's another reason why we love the spice in India -- its many health benefits. Ginger has been frequently featured in Indian folk remedies for gastric trouble and even coughs and cold. But that's not all. Even science validates these long-held beliefs about ginger. Here are some of the health benefits you should know about!

We need a good dose of antioxidants everyday to protect us from free radicals, which can damage parts of our cells by a process called as oxidative damage. It is responsible for everything from heart diseases to cancer. Ginger contains gingergol, the active compound which gives the spice its medicinal superpowers with antioxidant properties. Although we get modest amount of antioxidants from other foods, ginger should be included in our diet because it's an antioxidant powerhouse which can help prevent numerous diseases.

If you are constantly battling inflammatory conditions such as joint pains, acne, asthma and arthritis, you will benefit from consuming ginger in your diet. One of the many benefits attributed to the spice is its anti-inflammatory quality and it is said to work against inflammation, swelling and pain associated with inflammatory diseases.

Nausea, which creates an unpleasant urge to vomit, is trigger by a lot of conditions such as motion sickness, dizziness, migraine, low blood pressure, acid reflux, food poisoning or gastritis. And one of the most well-established uses of ginger in history is its powerful antinausea properties. Chewing on a piece of ginger or sipping ginger juice helps in keeping nausea down. It is also given to pregnant women to alleviate morning sickness associated with pregnancy. Ginger can also help in combating nausea caused by certain medications or treatment like chemotherapy.

Troubled by gastric problems like gas, acidity and indigestion? Instead of making a beeline towards your medicine cabinet, swing by the kitchen and look for a piece of ginger. Traditionally, ginger has been the go -to ingredient for all kinds of stomach problems. It is said to aid digestion and correct any kind of gastric problem. Even certain foods that are known to cause gas like lentils are often paired with ginger to prevent flatulence. It can either be consumed as it is, brewed into a tea or crushed and mixed with lukewarm water whenever your stomach starts giving you trouble.

A study says that ginger can also be quite impactful in treating migraine. According to a study, 100 participants with migraine were given ginger powder and sumatriptan, a common migraine medication, to treat their headache. Within two hours of using ginger, the headache disappeared and was seen to be as effective as the migraine medication in relieving the pain. Also, ginger didn't have some of the horrible side effects of the chemical drug. Next time you have a headache, ditch your headache medication and have a pinch of ginger powder dissolved in water instead.

We are exposed to thousands of chemicals and toxins every day, many of which can be carcinogenic. That's why a daily intake of a cancer-fighting agent like ginger can help us keep this deadly disease at bay. Certain studies claim that ginger can be 10,000 times more powerful than chemotherapy when it comes to killing breast cancer cells. The anticancer qualities of ginger was long speculated. But today we have studies to prove that ginger may has powerful antioxidants and compounds-- vallinoids, gingerols, paradols, shogaols and zingerone--that could help in preventing and fighting various types of cancers such as lymphoma, colon cancer, breast cancer, skin cancer, etc.

As if these qualities weren't enough, ginger also happens to be an inexpensive spice that is widely available in most parts of the world. It's one of those rare ingredients that has both culinary and therapeutic uses. Since it is versatile, you can reap its benefits by flavouring your food with it, adding it to beverages or simply consuming it raw.