In a Rare Genetic Syndrome, a 11-Year-Old Girl Got Most of Her Genes from Father & Almost None from Mother

Instead of the DNA from her father’s sperm and mother’s egg pairing up this way, two copies of the father’s genes zipped together to create a dad-dad set of 23 chromosomes. 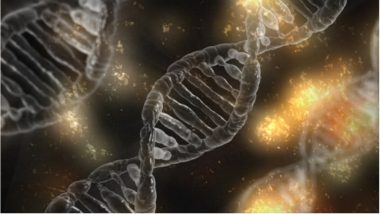 A child resembles both their parents in one way or the other. This is because both parents’ genes are involved. But in a rare case, an 11-year-old girl from the Czech Republic was born with genes that came almost entirely from her father, instead of half from each parent. Only about 25 people in the world – all girls – have been reported with this genetic syndrome and the Czech girl appears to be the first to have inherited it without developing cancer.

Clinical geneticist Jennifer Kalish of the Children’s Hospital of Philadelphia, who was not involved in the new case, told BuzzFeed News, “Ten to fifteen years ago, we didn’t think this condition was compatible for life. It doesn’t happen every day.” Kalish heads a lab investigating ways to help children with imprinted gene disorders, conditions in which at least one gene is doubled up from mom or dad. Although rare, more of these cases are turning up due to improved genetic testing worldwide.

Researchers found the Czech case because the girl’s parents were trying to understand why she was deaf, as reported in April in the Journal of Human Genetics. At nine years of age, a genetic test revealed that she had two identical copies of a rare gene twice, once from each parent. The rare gene was surprisingly not in her mother, wrote the scientific team, led by Irena Borgulova of the Centre for Medical Genetics and Reproductive Medicine Gennet in Prague. It meant she had inherited two copies of his father’s gene. Subsequently testing showed that it wasn’t just that one gene – she had doubled up on her father’s genes in almost all her chromosomes in most of her cells. Only about 7% of her blood cells, for example, showed any maternal genes and 74% of the cells in her saliva held only paternal genes.

How does this happen? In the girl’s case, instead of the DNA from her father’s sperm and mother’s egg pairing up this way, two copies of the father’s genes zipped together to create a dad-dad set of 23 chromosomes, the full human genome. When the zygote split to create more cells, most ended up with the dad-dad genome. In 25 other cases, this doubling resulted in cancer, perhaps because heir paternal DNA included double helping of cancer-prone genes. So far, the 11-year-old has avoided that fate.

“The cause of the deafness remains unknown,” the study found. Her deafness though may have been caused by her plethora of dad-dad genes, though not the gene that the doctors had initially suspected. Double copies of that gene are found in about 1 in 50 Europeans, with no discernible health effects.

(The above story first appeared on LatestLY on Jul 08, 2018 02:09 PM IST. For more news and updates on politics, world, sports, entertainment and lifestyle, log on to our website latestly.com).