International May 12th Awareness Day 2021: Date, History and Significance of The Day 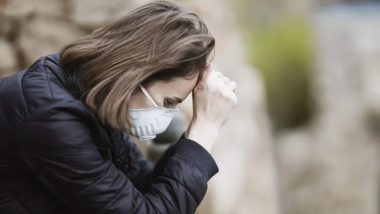 This year marks the 29th anniversary of International May 12th Awareness Day. Thomas Michael Hennessy, Jr., was the brainchild of this day to raise awareness on illnesses he called Chronic Immunological and Neurological Diseases (CIND). He later included myalgic encephalomyelitis/chronic fatigue syndrome (ME/CFS) and fibromyalgia (FM) under CIND.  These illnesses include symptoms related to cognitive problems, chronic muscle,  joint pain, extremely poor stamina, fatigue, altered mood and lack of sleep.  It is reported that these symptoms affect a large number of people around the world. The universal symbol of the blue ribbon is worn to spread awareness on International May 12th Awareness Day.

May 12th was designated to raise awareness about myalgic encephalomyelitis/chronic fatigue syndrome (ME/CFS) and fibromyalgia (FM) because mostly these diseases are passed over because they do not exhibit any physical symptoms but neurological ones. While they might not be life-threatening, they can take a heavy toll on mental health. so it's extremely important to raise awareness about this day.

According to a study published in the International Journal of Medicine in 2013, both ME/CFS and FM are “medically unexplained illnesses, predominantly of women, characterized by disabling fatigue and by widespread pain with tenderness, respectively.” It is also said that since both these diseases share similar characteristics in respect to symptoms, it is extremely difficult to identify the source. But the good news is that they have similar treatment plans and can be cured with therapy and self-care. So this International May 12th Awareness Day lets all wear a blue ribbon to extend our support.

(The above story first appeared on LatestLY on May 12, 2021 09:09 AM IST. For more news and updates on politics, world, sports, entertainment and lifestyle, log on to our website latestly.com).