The SOPs will help doctors to ascertain brain death in patients so that their organs can be donated to save lives. 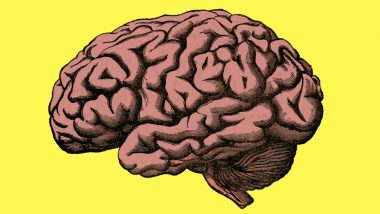 In a pioneering move, the state government of Kerala has set up a Standard Operating Procedure (SOP) to confirm brain death in patients. The move has been set up with the aim to improve transparency with respect to organ donation in the state. Speaking to the media, Kerala Health Minister KK Shylaja said that it is the first time any state in the country is putting in place SOPs to ascertain brain death.

These SOPs were already in practice in all register organ transplant centres in the state. However, it is for the first time that these procedures for ascertaining brain death are bring documented officially as standard guidelines to be followed, both by state and private-run hospitals, without fail.

Guidelines were issued on Saturday and were based on the directive of the Kerala High Court. This was primarily pioneered to allay doubts of the general public with respect to the procedures of organ donations and transplantations. The new guidelines states that three stages of the procedures have to be followed – precautions to be taken before tests to determine brain death, analysis of reflective actions of brain and Apnea Test, which is an important method of assessing brain death. Of the four doctors who are authorised to declare a patient brain-dead, one should be from the government service, according to the guidelines.

What is Brain Death?

Brain death occurs when a person loses all brain functions related to the upper brain structure and brain stem due to an irreversible brain injury. Trauma to the brain, stroke or lack of oxygen supply to the brain are listed as some of the causes of brain death.

When someone is brain dead, the person may never be restored to a normal life again. It is not the same thing as coma or indefinite vegetative state, where there is a chance of the person to revive.

One of the biggest ethical questions surround organ donation is ascertaining brain death in the donor. This means that there should be a fool proof way of knowing that there is no chance for the donor to come back to life, following the brain death. Only when the doctors are completely sure can the patient’s organs be donated.

The traditional definition for death is the end of life, when all the vital functions of the body ceases permanently. It’s commonly understood that death occurs when the heart starts beating. The general public finds it simpler to accept this ‘cardiac’ definition of death than brain death. In the case of the latter, family of the patient does not accept brain death as death since the cardiac monitor shows signs of a functioning heart. Under such circumstances, the family of the victim may never agree to donate his or her organs, since they are still hopeful of the person coming back to life.

How is Brain Death Determined?

So to dispel the ambiguity around the concept, there was a need to put together a procedure that can convince the family and the general public that the person may never regain consciousness again and no amount of treatment may help the victim.

The guidelines for determining brain death in adults comprise a checklist for doctors to follow. Some of the criteria include: irreversible coma, low core temperature (less than 32°C), pupils that don’t react to light, absence of facial movements, no gag reflex or cough reflex, absence of brainstem reflexes, etc.

(The above story first appeared on LatestLY on Apr 09, 2018 02:04 PM IST. For more news and updates on politics, world, sports, entertainment and lifestyle, log on to our website latestly.com).