New Zealand Approves Three Days of Paid Leave For Couples After Miscarriage BUT Did You Know That Indian Women Are Already Entitled to 'Leave with Wages' for Six Weeks Post Miscarriage?

The judgment is being lauded worldwide with netizens from other countries urging their governments to learn a lesson or two. BUT did you know that benefits similar to New Zealand's new 'Paid Leave After Miscarriage' already exists in India as well? Well, it does and not just for four days but for 6 weeks. 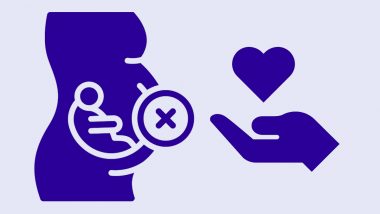 As per commendable new legislation approved by New Zealand's Parliament, women will be provided with three days of paid leave after a miscarriage or stillbirth. In such cases, they will not need to use their sick leave. The judgment is being lauded worldwide with netizens from other countries urging their governments to learn a lesson or two. BUT did you know that benefits similar to New Zealand's new 'Paid Leave After Miscarriage' already exists in India as well? Well, it does and not just for four days but for 6 weeks.

In the wake of New Zealand's admirable judgement, many Indians have been urging authorities to work around something similar for Indian women as well. However, not many people are aware that India already provides a 6-week leave post-miscarriage effective immediately after correct documents have been provided.

According to the bereavement leave law passed in New Zealand, couples who suffer miscarriage or stillbirth shall be entitled to a 3-days paid leave benefits.  "The bill will give women and their partners time to come to terms with their loss without having to tap into sick leave. Because their grief is not a sickness, it is a loss. And loss takes time", said a member of Parliament Ginny Andersen of the ruling Labour Party who also initiated the bill. She said that one in four women in New Zealand has had a miscarriage. The judgement comes a year after, New Zealand decriminalized abortion.

Not many people know of the fact that India provides not three days but six weeks of bereavement leave after miscarriage. However, only the person who has suffered the miscarriage is entitled to the leave unlike in New Zealand where both mother and the father as a couple get to take a leave. As per the MATERNITY BENEFIT ACT that was framed in 1961: "Leave for miscarriage. -- In case of miscarriage, a woman shall, on production of such proof as may be prescribed, be entitled to leave with wages at the rate of maternity benefit for a period of six weeks immediately following the day of her miscarriage."

According to medical experts, the number of rest days needed a person suffering a miscarriage cannot be determined.  Depending on cases to case basis, it can take a few weeks to a month or more for the body to recover from a miscarriage. The recovery period also depends on how long the person was pregnant. A person can have pregnancy hormones in the blood for 1 to 2 months after they miscarry.

(The above story first appeared on LatestLY on Mar 26, 2021 04:09 PM IST. For more news and updates on politics, world, sports, entertainment and lifestyle, log on to our website latestly.com).