Omicron COVID-19 Variant: From Germany to Canada, List Of Countries That Have Reported Cases of The New Variant

Fearing that this could be more dangerous than the delta variant and can possibly resist vaccines, more and more nations are inducing travel ban. Here is a list of countries, which have reported cases of the Omicron variant so far. 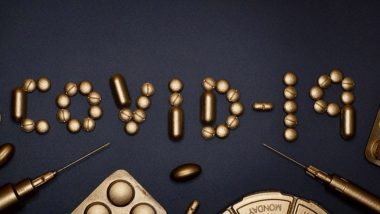 Days After a new variant of COVID-19, Omicron has recently been discovered. The World Health Organization has deemed the new strain as a "variant of concern".

Ever since the variant was first detected in Southern Africa, it has been rapidly spreading across the world. Omicron: Here is All You Need To Know About New COVID-19 Variant B.1.1.529 Detected in South Africa

Senior scientists described Omicron variant as the most deadly variant that has been discovered since the start of the pandemic. It has a total of 32 mutations in the spike protein, that is about double the number associated with the Delta variant. Mutations in the spike protein can affect the virus’s ability to infect cells and spread, but also make it harder for immune cells to attack the pathogen.

Fearing that this could be more dangerous than the delta variant and can possibly resist vaccines, more and more nations are inducing travel ban. Here is a list of countries, which have reported cases of the Omicron variant so far.

Omicron was first detected in South Africa and is repeatedly on the rise as early samples of PCR tests showed that 90% of 1,100 new cases reported midweek in Johannesburg were caused by the new variant.

Till Sunday, the country has reported 19 cases of the new Omicron variant.

Even as several countries in Europe are battling the fourth wave, Belgium became the first country in Europe to report a case of Omicron Variant.

Three cases of new variant has been confirmed and all are linked to travel in South Africa.

Two cases of the new Covid-19 strain have been detected in travellers in compulsory quarantine in Hong Kong. While one traveller was from South Africa, the other one came from Canada.

As on Saturday, Israel had one confirmed case and one suspected case.

Two confirmed cases of people who had recently travelled to Nigeria

Two international travellers arriving in Sydney were infected with the developing Omicron strain according to NSW Health.

One confirmed case has been detected according to the health department of the country.

Local Media has confirmed of one positive case of the new variant.

Country has reported total thirteen cases among travellers from South Africa till now.

Two arrivals from South Africa have tested positive according to health officials.

The World Health Organisation(WHO) while underlining the importance of getting fully vaccinated called for caution in initial stages in dealing with this variant. It said that more research is needed to understand the behaviour of the Omicron variant.

(The above story first appeared on LatestLY on Nov 29, 2021 05:12 PM IST. For more news and updates on politics, world, sports, entertainment and lifestyle, log on to our website latestly.com).