Israeli scientists say they have managed to reverse the biological ageing process, using just oxygen. According to the study, administered high-pressure oxygen in a pressurised chamber and said it reversed two processes relating to ageing and illness. Some 35 adults over the age of 64 took part in oxygen therapy. 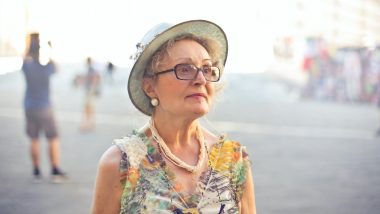 Israeli scientists say they have managed to reverse the biological ageing process, using just oxygen. According to the study, administered high-pressure oxygen in a pressurised chamber and said it reversed two processes relating to ageing and illness. The research was a collaboration between Tel Aviv University and the Shamir Medical Center. Using hyperbaric oxygen treatments (HBOT) on ageing healthy adults, the researchers found the shortening of telomeres (chromosome ends) and the accumulation of old and malfunctioning cells in the body could be reversed. Which means adults' blood cells actually grow younger with the progress in treatment. Good News! Scientists Reverse Aging-associated Wrinkles and Hair Loss.

Some 35 adults over the age of 64 took part in the oxygen therapy and were given HBOT for 90 minutes a day, five times a week for three months.

The study was published in Aging magazine on November 18. The participants were asked to remove their face masks for five minutes, bringing their oxygen back to normal levels. But, during this period, researchers witnessed fluctuations in the free oxygen concentration were interpreted at the cellular level due to the lack of oxygen than interpreting the absolute level of oxygen. Can You Age Backwards Like Benjamin Button? Study ‘Accidentally’ Discovers Biological Ageing Can Be Reversed.

Professor Shai Efrati of the Sagol Center for Hyperbaric Medicine and Research at Shamir Medical Center told The Times of Israel, "We try to address ageing with physical exercise and changes to diet, but this only slows decline. We’re showing that we can actually take the biological clock backwards and improve the quality of blood cells. This means we can start to look at ageing as a reversible disease."

The non-profit Sagol Center for Hyperbaric Medicine and Research at the Shamir Medical Center near Rishon Lezion also offers oxygen therapy to businesses outside Israel. It is being sold at the Aviv Clinic at a retirement village in Florida. Efrati is a medical adviser to the clinic.

With this therapy, problems that come with ageing will reduce. There will be improvements in attention, information processing speed and executive functions. According to the study, the changes were similar to how the participants' bodies reacted at cellular level 25 years earlier.

(The above story first appeared on LatestLY on Nov 23, 2020 05:01 PM IST. For more news and updates on politics, world, sports, entertainment and lifestyle, log on to our website latestly.com).