If You Build It, They Will Come!

Using his knowledge, he then created Elite Coaching Systems, a membership-driven online platform designed to help those who want to learn how to change and challenge a physique effectively. 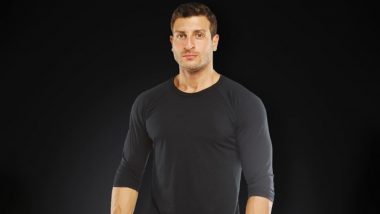 In 2019, Amer Kamra, owner of the award-winning online competition prep and body transformation business, opened one of the world's top revolutionary coaching facilities.  Located in Toronto, Hammer Fitness HQ is more of a lab than a gym.
Two years later, Kamra is opening his second location of Hammer Fitness.  This one is located in Niagara Falls, Ontario. “These aren’t regular gyms,” says Kamra, “each piece of equipment is fully customized, hand-welded, ground down to perfection to create seamless exercise equipment to merge the two worlds of biomechanics and physics.” His vision of how HQ should look and function has been an ongoing project.
Machines are imported from various equipment manufacturers, then hand-crafted to Kamra’s specifications.  When a machine no longer serves its purpose or feels something else would be more suitable, he will just as quickly remove it from the floor and replace it with something that supports his vision.
It’s important to note that Amer Kamra is not your typical fitness guy.  He is a visionary.  He looks at training, operating his business, and coaching his clients with a logical, well-thought-out, and unemotional approach.
His quick responses are only second to his even quicker thought processes.
While most people average 3000 thoughts an hour, Kamra seems to be triple that! Athletes from all around the world come to learn, train, and be mentored by Amer Kamra, who’s been a pioneer in the online and in-person fitness world since 2008.
No one knows better than AMER KAMRA that the body is a series of pulleys and levers.  In addition to opening his first HQ in 2019, he also completed his Masters in Resistance Training under Tom Purvis's guidance in Oklahoma, USA.  Using his knowledge, he then created Elite Coaching Systems, a membership-driven online platform designed to help those who want to learn how to change and challenge a physique effectively.
Well known to bikini and physique competitors, AMER KAMRA is the go-to guy.  His signature “look” for both categories has his athletes globally winning more hardware than a Home Depot. And is responsible for coaching dozens of athletes to the coveted Pro Status in the bodybuilding world. Kamra himself is a Pro in bodybuilding, having secured his status at the young age of 21, the youngest fitness model ever to turn pro.
Comments
Tags:
Amer Kamra Hammer Fitness Niagara Falls Ontario Toronto
Comments
You might also like