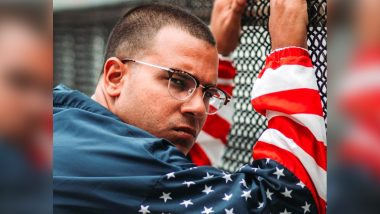 Jordan York has returned to all major streaming platforms to drop his latest banger “Local legend”; produced in collaboration with Videographer Daymon Long, the track has an underlying message of self belief and perseverance, a message that anyone who has ever faced a rough patch in their life can really relate to.

The track itself features unique and modern production, combining a trap style driving drum beat with a speaker rattling bassline, all topped off with a mesmerizing melody and infectious vocals that will captivate any hip-hop fan, old school and new. Lyrically, the song is very creative, with the lyrics serving to motivate anyone, regardless of race, gender or sexuality to believe in themselves and fight for what they want in life, without the fear of rejection or failure.

Already the song is gaining celebrity fans, with actress Aaarti Martin, known for playing Priya Koothrappal on popular sitcom “The Big Bang Theory” sharing her interpretation of “Local Legend”. She says “A local legend is someone who doesn’t back down, is not afraid to step up to a challenge and doesn’t shy away from a little bit of struggle”, which is the true essence of the song in a nutshell.

Although song is already available on platforms such as YouTube, Apple Music and Spotify, the highly anticipated music video will be premiering live on MTV on the 21st August, between 4-5PM EST and 1-2PM EST, so be sure to mark the date in your diaries, as you will not want to miss it!

Overall the song maintains a fully charged arsenal of high octane music, proving that Jordan York is a force to be reckoned with within the industry. The track is inspiring, uplifting, and will be sure to spice up your summer playlist.