After practicing law for just under two decades, Lisa Hocker fell into the domain of multilevel marketing (MLM). Even though she had a long record of winning jury trials, Lisa still found herself inclined towards network marketing. 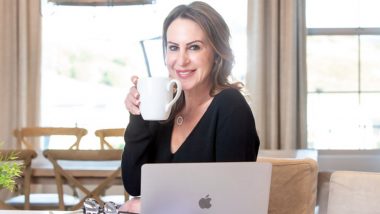 After practicing law for just under two decades, Lisa Hocker fell into the domain of multilevel marketing (MLM). Even though she had a long record of winning jury trials, Lisa still found herself inclined towards network marketing. To follow her passion, she closed down her law practice and started learning simple and efficient methods to grow a business. Thus started the journey of Lisa as an entrepreneur.

When she first joined her MLM, she was convinced that it was a scam. However, in reality, she learned that direct selling is a legit business that has the potential to provide a good income. This inspired her to help other entrepreneurs to build their businesses without any fear, confusion, or any sort of anxiety. As a result, Lisa started working on a simple efficient system that could be executed daily. Within the first 6-8 months, she had refined her daily methods of operation. Lisa’s strong work ethic and a deep understanding of the value of time and money had started getting her attention because her system was working well. Her performance helped her become one the biggest recruiters in her direct selling company and sell a large number of products.

Things leaped when Lisa decided to compile her system into a book called, “Direct AF Sales”. Here, she shared her personal experiences that could help young entrepreneurs change the way they approached their businesses. She believed that through her book, readers could become “laser-focused” and produce the results they hoped to achieve. As she states, “It is for any entrepreneur who is tired of getting in their own way, who is sick of stopping and starting their business to death or just has no direction or idea on exactly what it is that they need to do every single day to achieve their goal.”

As Lisa worked on her book, the idea of putting her system on a “dice” hit her. She wanted to put her five daily step method on five sides of the dice and on the remaining seven sides she wanted to put other income-producing activities. Lisa’s main motive was to create fun for people and to give them specific actionable steps in a fun way. For example, an individual could just wake up in the morning, roll the dice, find out two action steps for the day, and aim to complete them. This way when any entrepreneur would go to bed at night, they would be satisfied with the idea that they did not waste time on that particular day. While there are many books to learn network marketing, Lisa Hocker’s dice is a unique way to do so!