Salem, who hails from Qatar, is a young man has been passionate about gaming since childhood. As he grew up, the new trends and technology in digital gaming intrigued him and made him want to ace them. He always knew his forte was gaming and wanted to pursue a career in it. 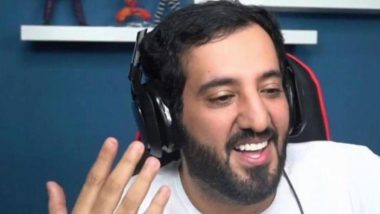 YouTube has become a popular streaming platform for creators to showcase their talent. Gamers are among those who have created a niche in the platform, grabbing millions of eyeballs. Gaming involves certain tricks and tactics that bring a thrill to the video. Gamers try to continue this thrill to keep the audience hooked till the end of the gaming session and leave them craving more. Mohd Salem is one such gaming talent who has taken the YouTube platform by storm over the past couple of years.

Salem, who hails from Qatar, is a young man has been passionate about gaming since childhood. As he grew up, the new trends and technology in digital gaming intrigued him and made him want to ace them. He always knew his forte was gaming and wanted to pursue a career in it.

With the tremendous growth of digital space, Salem discovered a way to shape his dreams on YouTube. He started his gaming channel by the name of ASMR eSports. With this channel, he found a way to showcase his creativity and also earn appreciation from it. Soon the channel grew with a huge positive response from gaming enthusiasts. Salem has now fulfilled his dreams and wants to make a living out of his passion, something not many have been able to do.

Salem always wanted his gaming platform to stand out from the rest. As he explored the digital platform, he realized the steep competition creators face, including gamers. He researched and brainstormed vigorously to come up with innovative ideas to make his gaming platform unique. He soon discovered a way to achieve it while also widening the reach of ASMR eSports.

Salem started conducting collaboration videos with fellow gamers. These gaming sessions are conducted as championships between Salem and other gamers on the same digital platform. The idea widened the exposure of his gaming platform as his  videos were featured on the channels of other gamers. To intensify the thrill of these championships, Salem introduced prize money for each gaming session.

He always tried to connect his gaming championships to trending topics to further the reach of ASMR eSports. With such brilliant strategies, Salem was able to grow his channel, grabbing millions of eyeballs within a short time period. He always tries to make his gaming session more interactive to encourage audience involvement.

Salem chooses the most recently launched games to play to keep his videos trending on different platforms. He believes he needs to improve his skills to stay on trend as gaming is constantly evolving. He figures out different ways to hold the attention of his audience throughout the gaming session. This has helped him increase audience engagement over the years.

Salem stands as a living example to those who want to pursue their passion as a career. He has shown the world that in this digital age, nothing is impossible if one has creativity and intelligence. He believes hard work is the only way to achieve success, but one must design a proper strategy at the start. Salem wants to continue his career as a gamer in the coming years by exploring more opportunities that come his way.