Being a filmmaker in today’s world isn’t just challenging – it’s downright daunting. Not only is the industry crowded and super competitive, but it can also be quite an expensive endeavor to bring a short film to life, let alone a feature-length film. 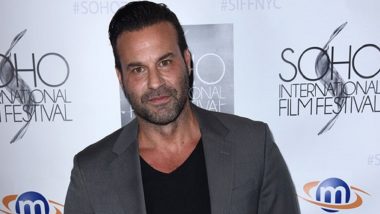 Being a filmmaker in today’s world isn’t just challenging – it’s downright daunting. Not only is the industry crowded and super competitive, but it can also be quite an expensive endeavor to bring a short film to life, let alone a feature-length film. With that in mind, there is at least one film industry expert out there willing to give independent filmmakers a chance to show their creativity and get their films off of the ground.

Who Is Steve Stanulis?

Steve Stanulis is someone who has been involved in nearly all levels of entertainment and film for years, but that doesn’t mean that he is the most well-known person in Hollywood. In fact, Steve would prefer to fly below the radar and make an impact in subtle, but important ways. Most recently, he’s taken his new film agency, Stanulis Films to new heights by breaking out onto the scene and representing independent filmmakers itching to get a taste of the big screen.

Steve and his new agency have been partly responsible for a shift in the ways in which the film industry has adapted due to the global COVID-19 pandemic. Because movie theatres were very much shuttered during the course of the pandemic, and have yet to fully recover to where they were prior, it seems as though streaming and at-home viewing might become either the new norm entirely, or at the very least, a major component of the new norm for the film industry.

With that in mind, Stanulis Films is making a splash.

The World of Streaming

Understanding the advantage of sending films straight to streaming services, Stanulis and his team at Stanulis Films are taking the opportunity and running with it. So far, the agency has been able to produce a number of independent films, attracting A-list actors and actresses, along with motivated investors who are interested in seeing what this new opportunity can bring in the form of a potential return.

So far, Stanulis Films has produced it’s 1029 documentary titled “Wasted Talent,” which won the award for “Best Documentary” at NY’s Independent Film Festival that very same year. From there, Stanulis Films released “5th Borough” in 2020, which had a wonderful cast of Stanulis himself, along with Tara Reid, James Russo, and others.

That film also went on to win some awards, while rising to the top-5 on demand movies of the year. And through 2022, Stanulis Films has no plans of stopping there. They have 10 pictures planned to release until then, and things are certainly beginning to look up for the film industry after a year of chaos.

At the very top of the priority list of Stanulis Films moving into 2022 and beyond remains the need for more content, more investors, and more independent film makers with a vision to create something unique. If you want to learn more about Stanulis Films, you can reach out to them on stanulisfilms.com, their official website. Stanulis and his team are always willing to listen to pitches, and they want to see what independent filmmakers have up their sleeves after a year of transformation in the film industry.