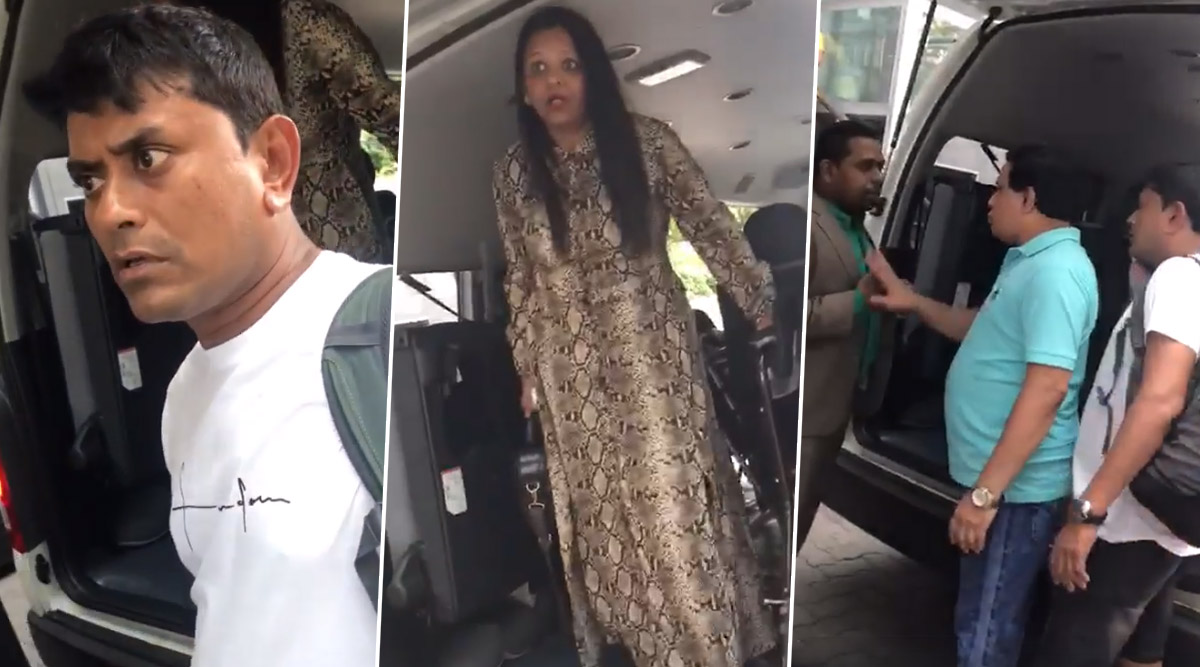 Singapore, January 3: A video, emanating from Singapore, went viral on social media as it featured a group of tourists involved in a heated argument with the bus driver over allegedly carrying extra luggage. The clip was shot at the renowned Hotel ParkRoyal at the Kitchener Road, which is located close to the Mustafa Centre at Little India. The tourists involved in the commotion with the driver were from India, local media reports confirmed.

The argument broke out after the Indian tourists allegedly insisted on carrying extra luggage, including a wheelchair, in a 13-seater van. Warning them against "overloading" the vehicle, the female driver said she would not allow the passengers to carry luggage beyond their prescribed limits as it could prove to be dangerous. Swiss Hotel Arc-en-Ciel in Gstaad Apologises for Racist Notice for Indians, But Video of Family Caught Stealing in Bali Makes Matters Worse.

The video, which is making rounds on the internet, was uploaded by 'All Singapore Stuff' in the afternoon on Thursday. In the text accompanying the post, the page admin accused the group of tourists of "bullying"the driver after she raised safety concerns.

"Singapore driver bullied by Tour Group for refusing load extra luggage on 13 seater ... then they brought another wheel chair to put on top of luggage ... driver refused as it is dangerous for passengers sitting inside due to sudden brake can drop.. but family started shouting at driver. This what's happened..(sic)," read the text accompanying the Facebook post.

Watch Video of Commotion Between Indian Tourists and Bus Driver

According to theindependent.sg, the staff of Hotel ParkRoyal have confirmed the controversial incident which took place in their premises. The staff members, while speaking to the media outlet, said they had attempted to settle the matter amicably between the irate family and the bus driver.

After they assured the touring family that another vehicle - which is larger in size - has been arranged for them, they agreed to vacate the 13-seater van. Even as they removed their luggage, the family members allegedly exchanged heated barbs with the driver after she asked them to vacate the bus in a timely manner.