Facebook's recent actions in the AR field once caused widespread concern in the AR and VR industries. It is said that Facebook has obtained a new patent in the work of AR and VR. 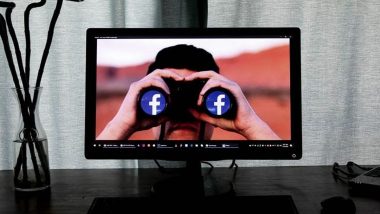 Facebook's recent actions in the AR field once caused widespread concern in the AR and VR industries. It is said that Facebook has obtained a new patent in the work of AR and VR. A few days ago, the United States Patent and Trademark Office published an AR patent continuation application from Facebook, which mainly describes a method to reduce rainbow artifacts in waveguide displays. Specifically, this is a multilayer grating structure used to reduce rainbow artifacts.

1.Facebook's AR patent is proposed to achieve the effect of reducing rainbow artifacts

In fact, most technology manufacturers are eager to develop AR glasses with a shape similar to sunglasses. It is quite simple to achieve this level, but it will be accompanied by the problem of stray light. As we all know, the more open the AR glasses are, the more rays of light from redundant directions and light sources can enter the system. Although AR displays can usually cope well with ambient light from the front, light from the side or behind the user can cause serious problems. Conventional glasses usually do not reflect too much light, so it is not a big problem. But AR displays must reflect and bend light, so they are more susceptible to stray light. Diffractive waveguides are particularly affected by it, and light from the side will appear on the display in the form of rainbow artifacts. Although the performance of reflective waveguides is better, there are also problems in this regard.

Earlier, Cook publicly discussed that AR (augmented reality) will be a very important technology in the next ten years, and Apple will invest more in this field. AR-related patent applications will also continue to rise, allowing people to use AR functions anytime and anywhere. Apple, Facebook, and other giants focus on the layout to promote the acceleration of the AR ecosystem. According to IDC, the sales of AR glasses and headsets this year will be close to 1 million, and will increase to 23.4 million by 2025. Enterprises will be the main users, accounting for 85% of the total purchasing power.

2. Overseas giants continue to deploy AR ecosystem, and manufacturers step up to enter this field

Facebook CEO Zuckerberg also said in an interview that AR is the man-machine interface of the next generation of the Internet. At present, many high-tech companies are betting on AR glasses. Microsoft uses Hololens as an entry point to polish MR products for business and the ecosystem. Google continues to improve consumer AR products and the ecosystem. Facebook plans to continue to enrich the Oculus ecosystem. The companies focus on technology layout and launch products one after another.

Facebook plans to continue to enrich the Oculus ecosystem. In recent years, Facebook has acquired machine vision company Scape, VR game developer Sanzaru, AR map data company Mapillary, VR zoom headset technology manufacturer Lemnis, etc. At the same time, it has also developed a new VR/AR operating system to get rid of its dependence on Google Android. Besides, it launched Quest 2, which is expected to sell more than 7 million units in 2021, and it cooperated with Ray-Ban to produce AR glasses, which are expected to be available in 2021.

Apple continues to lay out in the AR industry chain and will release products soon. The lens of the AR device has been trial-produced at the Foxconn factory, and it is expected to release head-mounted display products in the second half of 2022 and glasses products in 2023. Apple acquired Next VR, deployed the content field, and released ARKit4. Moreover, its LiDAR Depth API applied for an adjustable lens AR waveguide display system and dozens of VR and AR patents. Google continues to improve consumer AR products and the ecosystem. Google AR glasses Glass 2 is open for purchase, priced at $999. At the same time, it officially launched the ARCore Depth API and acquired the Canadian AR glasses company North for $180 million. Besides, Google search adds AR function to support MR video recording of 3D animals.

WIMI is a high-quality holographic AR equipment integrator with strong internal R&D capabilities and can play an active role in the upstream and midstream markets. It takes care of participating in the upstream part, including the development of software, the provision of content production technology, and the creation and distribution of content. As for the midstream part, it provides a comprehensive holographic AR solution provider. WIMI has the leading AR holographic application platform and a comprehensive holographic IP rights content library. The format of virtual holographic content covers from 3D models to holographic virtual products. In addition, it has a total of nearly 5,000 holographic virtual IP rights content, which can be used for WIMI and even industry-wide holographic AR products and solutions.

Due to the explosion of demand for holographic applications in automobiles, WIMI has developed a 3D holographic pulse laser radar product "WiMi HoloPulse LiDAR" to meet consumer demand. Lidar is equivalent to the "eyes" of the high-tech, with a large detection field, long detection range, unique scanning mode, small size, and lightweight. It also comes with a point cloud interface, and no additional connection adapter box is required during operation. Industrial applications such as intelligent robots, unmanned driving, unmanned aerial vehicles, medical imaging, and the Internet of Things can be realized, and the lidar market will grow substantially.

At present, VR and AR will unlock more business scenarios after the arrival of 5G. The VR and AR industries have entered a stage of accelerated growth and gradually entered the stage of industrialization. On the one hand, the volume of VR shipments has accelerated significantly; on the other hand, the application ecosystem is gradually improving. The two complement each other and promote the industry to enter a positive cycle. More application scenarios will emerge in the future, driving the VR and AR industry chain to usher in explosive growth. With the development of cloud VR and AR technologies, lightweight head-mounted display devices and AR glasses are expected to be rapidly developed and popularized. The mobility demand for VR and AR technologies will increase immediately, and the demand for 5G technology will continue to increase. We look forward to the early popularization of more new products.