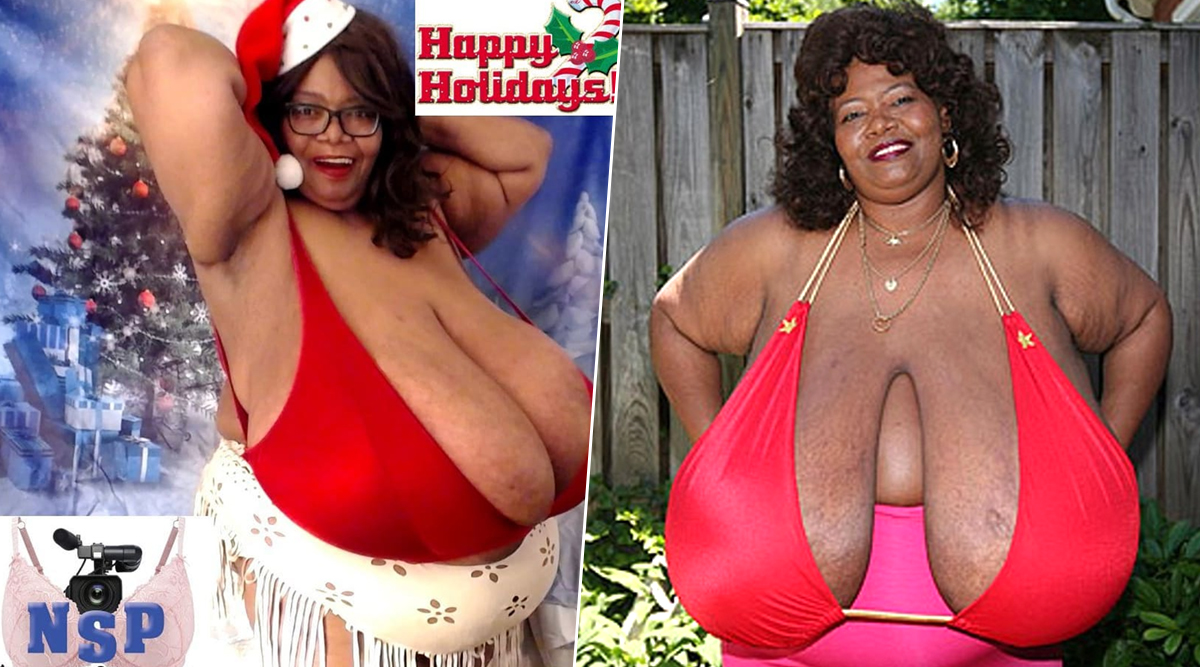 Annie Hawkins-Turner, who goes by the name Norma Stitz on social media has posted her Christmas wishlist online asking for gifts from her fan. The woman who has "world’s biggest natural boobs" got into the Christmas spirit and shared a photo of herself in a sexy Santa attire.  Norma Stitz is a Guinness World Record holder for her famously humongous breasts, flaunted her melons in a plunging red bodysuit. She wore a Father Christmas hat on top of her head and wished her fans "happy holidays". She also shared with her 83,000 Instagram followers an amazon wishlist that included all the items one can gift her for Christmas. Norma’s naughty look accompanied her long wishlist that included items such as makeup, perfume, dresses and skirts. Meghan Markle Once Dressed Up As Sexy Santa! Old Picture of Duchess of Sussex From Deal or No Deal Resurfaces on the Internet (Watch Video)

A post shared by MZ NORMA STITZ "THE OFFICAL" (@mznormastitztherealtitqueen) on Dec 4, 2019 at 5:33am PST

On Amazon, Norma tells her followers: "This is a list of what I would really need and would like to receive. But if you like to surprise me, I like that too." The erotic actress claims to have 102ZZZ-cup size breasts, which have helped her to earn in "millions". This reminds us of the Swedish glamour model, Natasha Crown who is 24 years old from Gothenburg is on a high-calorie diet that to make her butt the largest in the world. Her aim in life according to the reports is to have the biggest buttocks possible. She reportedly insists that the big size makes her feel "sexy and powerful"