There are a lot of reasons why people watch live streams on gaming channels. We can see happening that YouTube has always been a place where you can share your hobby with others. People who like to play games have a passion for it, and they can’t just play it by themselves. 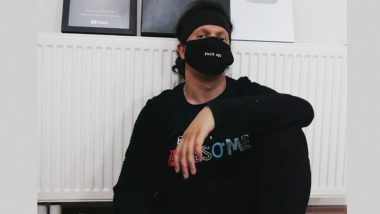 There are a lot of reasons why people watch live streams on gaming channels. We can see happening that YouTube has always been a place where you can share your hobby with others. People who like to play games have a passion for it, and they can’t just play it by themselves. They want to share this thing they love with other people. Watching game streamers over YouTube is the most effortless way that they could do this. However, these platforms are doing more than attracting viewers because they create jobs for thousands of people worldwide who are employed as live streamers and make their living out of it. YouTube streamers like Mohammed Abdulhussein Hb, who has been making gaming videos for the past seven years, has offered a lot to the community. Mohammed’s videos focus on showing his viewers the best the internet has to offer in the way of video game content.

Mohammed entered the field of video game content creation seven years ago. He entered this field because he was always fond of sharing his videos with others about games via YouTube as a young man. He does it as a hobby, together with many other hobbies and activities, which he is very passionate about. It is an activity that provides him with endless joy. However, Mohammed didn’t have the best of luck in his early years. There were no proper services in his native country “Iraq”. But he kept working hard, and now millions of people can watch his videos on YouTube all over the world. Mohammed builds and publishes innovative game videos for YouTube. He enjoys his work because he believes that games are for everyone, and he wants to share his passion with everybody on YouTube.

What is the process used by Mohammed Abdulhussein Hb for making his videos?

Mohammed AbdulHussein HB is a YouTube personality who likes to make people laugh. He makes funny videos about video games and shares his opinion on the different video games he plays. Mohammed educates younger generations by playing fun educational games. You can refresh your mind when you are feeling down by watching his positive videos. The process of making videos is simple for him. Mohammed AbdulHussein HB does not spend much time preparing his videos. However, he entertainingly presents video game content on his YouTube channel, setting him apart from other YouTubers. Often he publishes targeted messages to inform and educate the younger generation and many other things. Mohammed AbdulHussein Hb is a quality game content creator. He has worked hard to improve his skills, demonstrated in the videos he has produced.

What was Mohammed Abdulhussein Hb’s reaction when he had one million subscribers?

After starting his journey on YouTube seven years ago, Mohammed Abdulhussein Hb always had a dream of having one million subscribers and reaching that figure gave him a tremendous feeling. For him, this has been his most significant achievement. Apart from it, some other joyful moments of his career were when he received two shields for obtaining 1,000,000 subscribers in addition to two other joys for getting 100,000 subscribers. Besides this, Mohammed AbdulHussein Hb has managed to organize and join large companies such as ESL as a partner, one of the world’s leading gaming companies and has partnered with many other corporations, including Spotify. His gaming videos have been liked by people all around the world. In the last seven years since he started, Mohammed Abdulhussein Hb has already accomplished several remarkable feats, even by the measure of the highest standards.

What are the goals of Mohammed Abdulhussein Hb?

Mohammed Abdulhussein Hb has set his goals high and is looking forward to releasing more gaming videos that bring joy to people. He aims to continue to share his knowledge with new streamers on his channel and is looking to provide new approaches and styles that will interest the audience even more. He has reached many of his goals, and he is confident in continuing the journey to achieve more goals in this career.