Amitabh Bachchan is known for his love for fancy cars and has a huge line of stylish ones in his kitty. 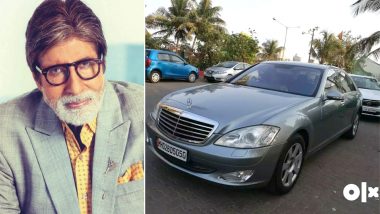 Amitabh Bachchan is known for his love for fancy cars and has a huge line of stylish ones in his kitty. He owns some of the high-end cars like Land Cruiser and Rolls Royce. Some of the other cars owned by the Bachchan family includes Lexus LX570, Mercedes-Maybach S500, Porsche Cayman, Bentley Continental GT, Mercedes-Benz V-Class, Land Rover and Range Rover.  And now Mercedes-Benz S-Class, a car that Bachchan once sold, seems to be on sale on OLX. The car is being sold a surprising price of just Rs 9.99 lakh. Amitabh Bachchan Sells the Rolls Royce Gifted to Him by Vidhu Vinod Chopra.

According to the OLX ad, the car is a 2007 mode, is powered by a petrol engine and has covered almost 50,000 miles. It has a striking resemblance to the Mercedes-Benz that Bachchan owned. With the car being of the same colour and exact same registration number, social media users have concluded that it is indeed Bachchan's car. The Bachchan family has been spotted in the car on several occasions in the past.

Here is the OLX ad: 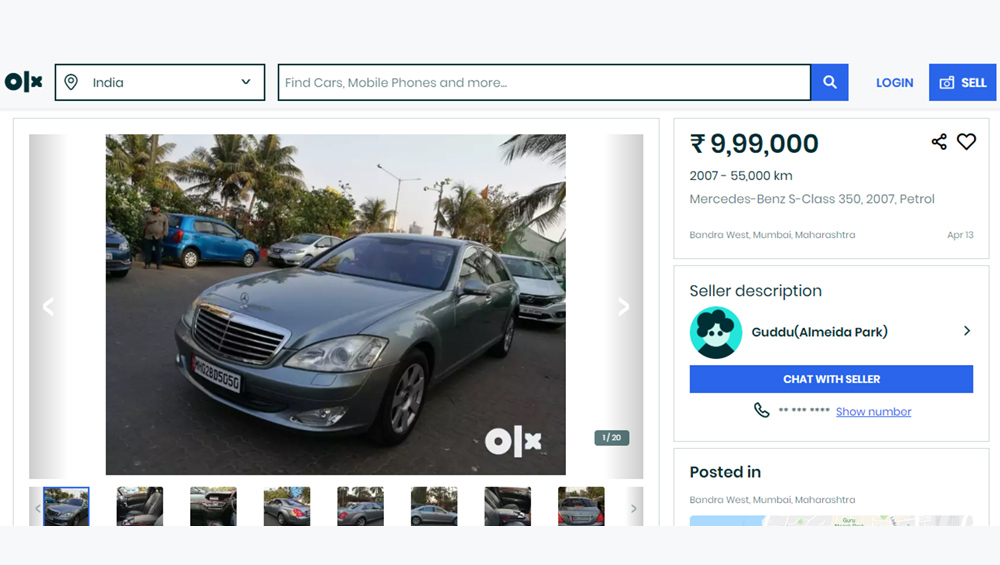 Recently, Bachchan has just bought a new Mercedez Benz V Class. While it is not verified that it is the star's car, fans and followers of the superstar are elated. Many have taken to social media saying that they would like to buy the car. Currently, Big B mostly travels in a Range Rover Autobiography and the Mercedes-Benz V-Class MUV. On the professional front, the veteran actor was last seen in Sujoy Ghosh's suspense thriller Badla with Taapsee Pannu.

(The above story first appeared on LatestLY on Jun 13, 2019 04:09 PM IST. For more news and updates on politics, world, sports, entertainment and lifestyle, log on to our website latestly.com).