Before kicking off their North American leg of the On The Run II tour, Beyoncé shared a series of vacation photos titled “Thank You Europe”. 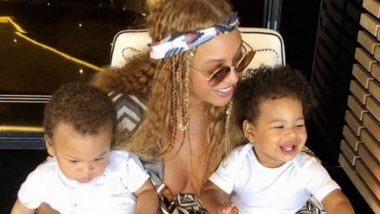 Beyoncé continues to rule the world. There is never a moment when she does not slay! This time, she gave fans a double dose of cuteness -- a rare sight of her family life. Yes, after much of a wait and rounds of rumours, Queen Bey shared a new photo of her twins Rumi and Sir Carter on her website. Needless to say, the Beyhive is going gaga after seeing the adorable pictures on their social media feed. The pop diva is currently on tour with her husband Jay-Z, and the snap is from their European vacation.

Before kicking off their North American leg of the On The Run II tour, Beyoncé shared a series of vacation photos titled “Thank You Europe." In the first photo, the American pop star is seen holding her 13-month-old twins in her lap, sitting down on a yacht and looking off to the side smiling. She dropped an entire album in the midst of skipping around the continent.

Wearing a pair of sunglasses and a headband, the musician clutches a pair of tiny balloons in her hands, making it clear that vacation mode is on! Sir appears a bit more serious lost in deep thought then her sister who is seen to follow her mother’s gaze and giggles. Don’t miss how effortlessly Rumi looks on point. But wait there's more! 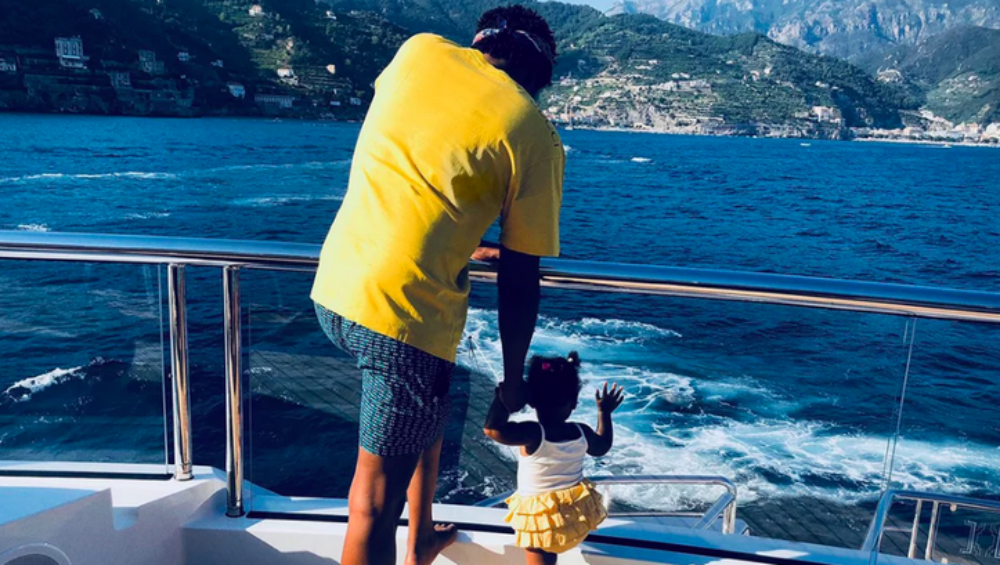 Another photo appears where Jay-Z is seen holding Rumi’s hand as she wears a pair of ruffled yellow shorts and peers off their yacht. Wednesday’s picture is reportedly the second time the superstar mom has shared photos of her twins. We have been lucky to catch a glimpse back in 2017 when the twins were just one month old.

Queen Bey in the album uploaded several pictures donning designer outfits and even clicked a snap with elder daughter, six-year-old Blue Ivy. They even wore similar pink dresses in the pic!

These pictures naturally show that the family had some quality time on board a yacht. The couple is superbly private when it comes to their children. On the opening night of On The Run II in the capital city of Wales, Cardiff, United Kingdom, fans were in doubt if the duo displayed their twins' photo on the big screen that night. Later, a source close to the family then informed that the babies shown in the clip at OTR II were not theirs. But obviously, Beyoncé can’t keep her Beyhive disappointed for too long. On the work front, the hip-hop mogul and the pop star will next slay the stage in Washington, D.C. on July 28.

(The above story first appeared on LatestLY on Jul 27, 2018 02:16 PM IST. For more news and updates on politics, world, sports, entertainment and lifestyle, log on to our website latestly.com).