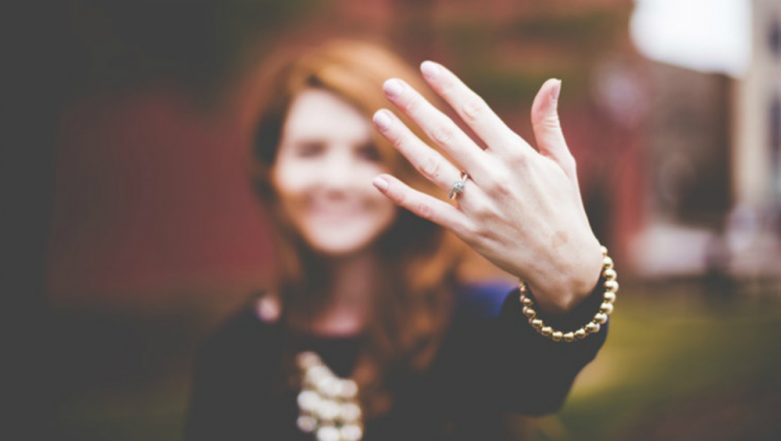 Call it bizarre, but it happened for real! An English beautician, who lost her ring 12 years ago, was reunited with the piece of jewellery after she sneezed it out. You guessed it right, it was stuck inside her nose. The unusual incident soon caught the netizens’ attention, and news of her sneezing out her missing ring made it to the headlines. The beauty therapist from West Yorkshire, England is currently celebrating her reunion with the vintage ring. Here is what has happened. Boy’s Whistling Cough! Not a Disease, but a Toy Whistle Lodged in His Throat.

Identified as Abigail Thompson in media reports, the women got the jewellery as a gift on her eighth birthday. However, after a few months, she realised she had lost it, and was assuming that someone must have stolen it. There was no other explanation according to the beautician. Thompson was quoted in a Daily Mail report as saying, “My mum had bought it for me as a present that year and it was a few months after that I noticed it had gone missing.”

Watch Video of the British Beautician Who Sneezed out Her Finger Ring.

It was just another regular day for Thompson. She was sitting on her sofa and suddenly started to sneeze. Sensing some sharp object, she looked at the tissue and stunned to discover; it was her ring. “I looked at it and I went: ‘Oh my God, that's the ring!’” She immediately called her mother to inform about her bizarre finding. After speaking to her mother, the 20-year-old beautician concluded that the ring must have got stuck inside when she picked her nose.

“Maybe I was picking my nose and it got washed back up there. There’s no other explanation,” Thompson was quoted in The Sun report. She further informed that all these years, she never realised that something as such was stuck in her nose. “I had no problems with breathing growing up, nothing has changed since it has come out either,” says the beautician. The ring has now gone very “rusty”, but the diamond is still in it.