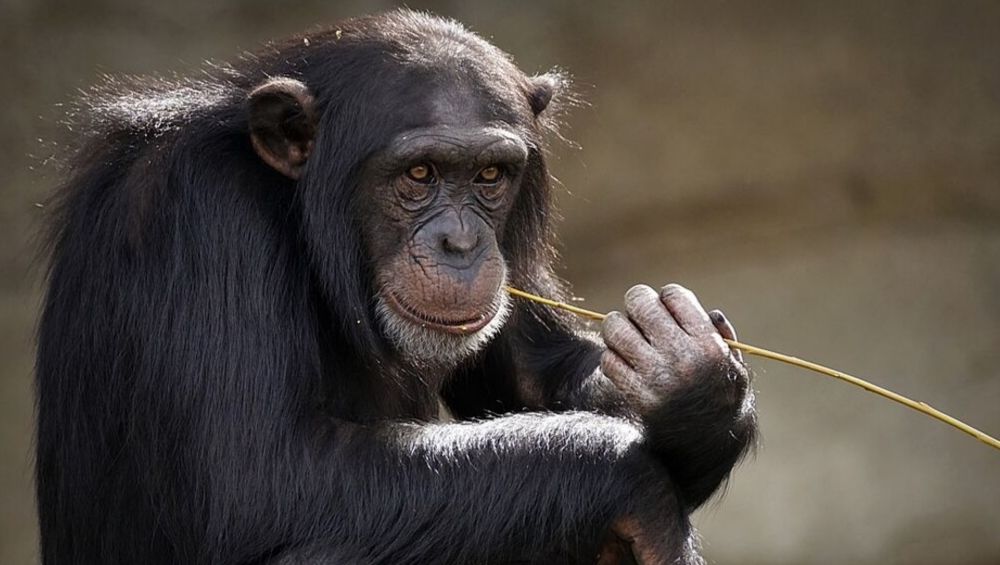 Two chimpanzees housed in a zoo in the US have sparked the question about how the human dance evolved after they were observed performing a duo dance-like behaviour, similar to a human conga-line. The conga line is a novelty line dance where dancers form a long, processing line, which would usually turn into a circle. According to researchers from the University of Warwick, Durham University and the Free University of Brussels, behaviours displayed by the chimpanzees force an interest in the evolution of dance as humans are no longer the only ape species where it takes two individuals to tango. India's Oldest Chimpanzee Rita, Dies at 59 Due to Multiple Organ Failure at Delhi Zoo.

In the paper published in the Journal Scientific Reports, researchers found the levels of motoric coordination, synchrony and rhythm between the two female chimpanzees matched the levels shown by orchestra players performing the same musical piece. According to Dr Adriano Lameira from the University of Warwick, dance is an icon of human expression. "Despite astounding diversity around the world's cultures and dazzling abundance of reminiscent animal systems, the evolution of dance in the human clade remains obscure," Lameira said.

"Critically, this is evidence for conjoined full-body rhythmic entrainment in great apes that could help reconstruct possible proto-stages of human dance is still lacking," the researcher added. Other species have been shown to be able to entertain by moving to the pace of a rhythmic tempo by an external stimulus and solo individuals but this is the first time it hasn't been triggered by nonhuman partners or signals.

Although the newly described behaviour probably represents a new form a stereotypy in captivity in this great ape species, the behaviour forces scientists interested in the evolution of human dance to consider new conditions that may have catalysed the emergence of one of human's most exuberant and richest forms of expression. The researchers report an endogenously-effected case of ritualized dance-like behaviour between two captive chimpanzees - synchronized bipedalism.

By studying videos, they revealed that synchronisation between individuals was non-random, predictable, phase concordant, maintained with instantaneous centiseconds precision and jointly regulated, with individuals also taking turns as "pace-makers".