Chrissy Teigen Was Pregnant While Having the Breast Implant Removal Surgery? Model Clears the Air on Twitter

ver since the news of Chrissy Teigen's pregnancy came up fans are thrilled however some were even confused if she was pregnant while she had her breast implant removal surgery in the month of June. However, Chrissy Teigen, being as filterless as ever, took to Twitter to describe the whole story. 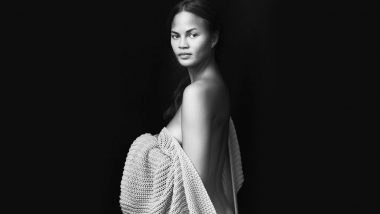 Ever since the news of Chrissy Teigen's pregnancy came up fans are thrilled however some were even confused if she was pregnant while she had her breast implant removal surgery in the month of June. However, Chrissy Teigen, being as filterless as ever, took to Twitter to describe the whole story. A fan asked after Chrissy Teigen had just announced she’s pregnant that if they did a pregnancy test before her surgery she had in June. The tweet read: “I feel like with her bump she had to be pregnant before that, but I could be wrong. I’m confused.”

For those who don't know a few months ago, Teigen got surgery to remove her breast implants that she had been meaning to get rid of from quite some time. But fans are wondering if she did it while she was pregnant!

Teigen replied on Twitter with an explanation. She started with, "Oh, it's quite a story". She further revealed, "I did the routine pregnancy test you do before surgery. It said negative. It was not negative A few weeks after surgery, I took a test. And for many years now, I've taken pregnancy tests almost every month, praying to see a positive one day"

"Just wishful thinking. I never had a positive before. Was pretty positive you shouldn't get your boobs out while pregnant? Pretty sure," she said. "So we prayed to the boob surgery gods that everything would be okay. Went to every appointment terrified. Even without the surgery, I didn't think I could get pregnant naturally anyway. So the odds just felt...bad."

"Part of me misses the safety of my perfect embryos, created in their little dish. They felt untouchable and safe. Now I feel a bit...eggshelly," she said. She further said that she hopes her experience getting pregnant naturally will give others some hope.

Both of Teigen's previous pregnancies have been through in vitro fertilization (IVF) and she didn't think she could get pregnant naturally. Chrissy Teigen has confirmed that she and her singer husband John Legend are expecting their third child. Teigen and Legend are joined already have two children aka four-year-old Luna and two-year-old Miles. Teigen recently also showed off her baby bump and fans couldn't keep calm!

(The above story first appeared on LatestLY on Aug 17, 2020 10:20 AM IST. For more news and updates on politics, world, sports, entertainment and lifestyle, log on to our website latestly.com).