Errol Musk Has a Baby with His Stepdaughter Jana Bezuidenhout: Elon Calls His Father a ‘Terrible Human Being’

In November 2017 interview with Rolling Stone, Elon called his father Errol ‘a terrible human being.’ 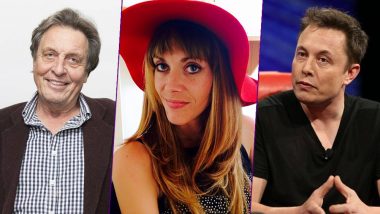 Errol Musk, estranged dad of billionaire entrepreneur Elon Musk recently told The Sunday Times of London that he has fathered a baby boy with his stepdaughter Jana Bezuidenhout. The 30-year-old woman was four years old when her mother Heidi married him. Heidi and Errol were married for 18 years before they got divorced and had two children together. Elon Musk’s father doesn’t consider Jana as his stepdaughter, saying she spend most of her time growing up away from the family. The two-reconnected post Jana’s break-up with her boyfriend. In the interview he said, “We were lonely, lost people. One thing led to another – you can call it God’s plan or nature’s plan.”

In November 2017 interview with Rolling Stone, Elon called his father Errol ‘a terrible human being.’ At around the age 10, Elon’s parents separated. He and his younger siblings stayed with the mom after the split. In the interview Musk recounts, “I felt sorry for my father, because my mother had all the three kids. He seemed vey sad and lonely by himself. So, I thought, ‘I can be company’. Yeah, I was sad for my father. But I didn’t really understand at the time what kind of person he was.” While Elon admits that his father is brilliant at engineering and he has inherited from his father and he too is naturally good at it, but there was another side to Musk’s father that was just as important to making Elon who he is.

Elon said, “He was such a terrible human being. You have no idea. My dad will have a carefully thought-out plan of evil. He will plan evil.” He further continued, “You have no idea about how bad. Almost every crime you can possibly think of he has done. Almost every evil thing you could possibly think of, he has done.” As an adult, Musk moved his dad, his father’s then-wife and their children to Malibu. He did everything possible, but his father didn’t change at all and Elon severed the relationship. Talking about learning a lesson, Musk said, “In my experience, there is nothing you can do. I’ve tried everything. I tried threats, rewards, intellectual arguments, emotional arguments, everything to try to change my father for the better but no way, it just got worse.”

Errol confirmed to be the father of her stepdaughter to The Daily Mail this month and shared that word got out to his family after confiding in his daughter Ali who he thought would be supportive and understanding. A family source told The Daily Mail that Errol and Jana’s relationship is believed to be the reason behind Elon’s schism from his father.

(The above story first appeared on LatestLY on Mar 26, 2018 01:27 PM IST. For more news and updates on politics, world, sports, entertainment and lifestyle, log on to our website latestly.com).