Several news reports and social media posts are saying that the banking services will be operational only one day between March 27 to April 4. However, undertaking a fact check about viral claim, it has been found that the bank holidays news is fake and the bank will not remain closed for the said duration. 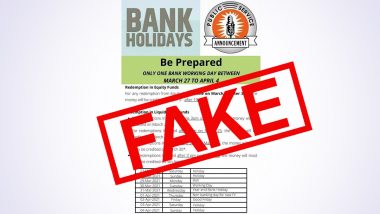 New Delhi, March 20: Several news reports and social media posts are saying that the banking services will be operational only one day between March 27 to April 4, 2021. Claims are being made that during these nine days, the banks will remain closed and will be open only on March 30,2021, Tuesday. However, undertaking a fact check about viral claim, it has been found that the news is fake and the bank will not remain closed for the said duration. Rs 75,000 Being Deposited by Govt in Bank Accounts of All People in India Under ‘Modi Loan Yojana’? PIB Fact Check Reveals Truth Behind Fake YouTube Video.

Claim: The banks will remain closed on March 27 and March 28 being weekend. Followed by March 29 off for Holi. Reports claim March 31 is year end bank holiday, and April 1 as the non-banking day for the new financial year. April 2 is again bank holiday because of Good Friday. Followed by weekend offs on April 3 and April 4. This leaves March 30, as the only day when banks will remain operational.

Fact Check: The reports are found to be fake as March 31 and April 1 are not bank holidays. The banks will also remain operational on April 3. The claim being made is void and baseless as the year calendar released by the Punjab National Bank - the country's second largest state-run lender - shows the number of off-days in the banking sector during the said time period is lower. RBI Asking for Personal & Bank Account Details To Claim Prize Money of Rs 1.60 Cr From UN As COVID-19 Compensation? PIB Reveals Truth Behind Fake Post. 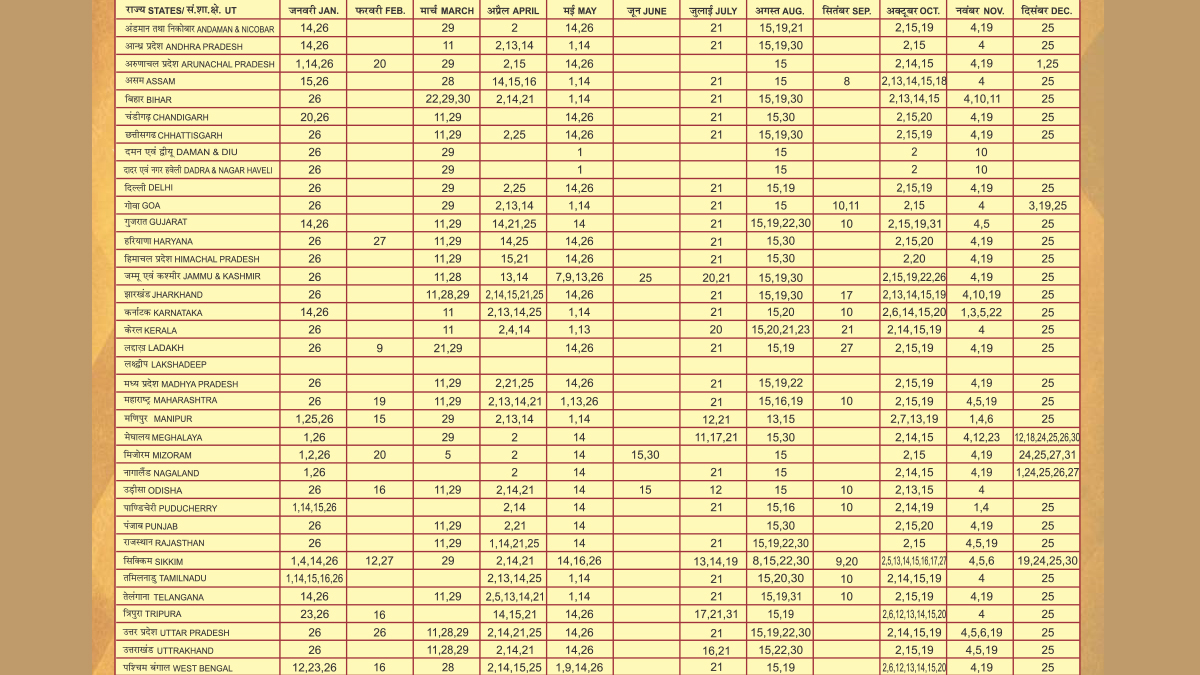 Bank Holidays Claim in Tweet Founds to be Fake:

People have been times and again cautioned about such fake claims. They have been advised to be careful against the false information that is being widely shared and circulated on various social media platforms. General public should rely only on the official sources of the relevant organisation and verify any such claim being made on digital platform. People should avoid passing on such fake and baseless claims.

(The above story first appeared on LatestLY on Mar 20, 2021 11:25 PM IST. For more news and updates on politics, world, sports, entertainment and lifestyle, log on to our website latestly.com).