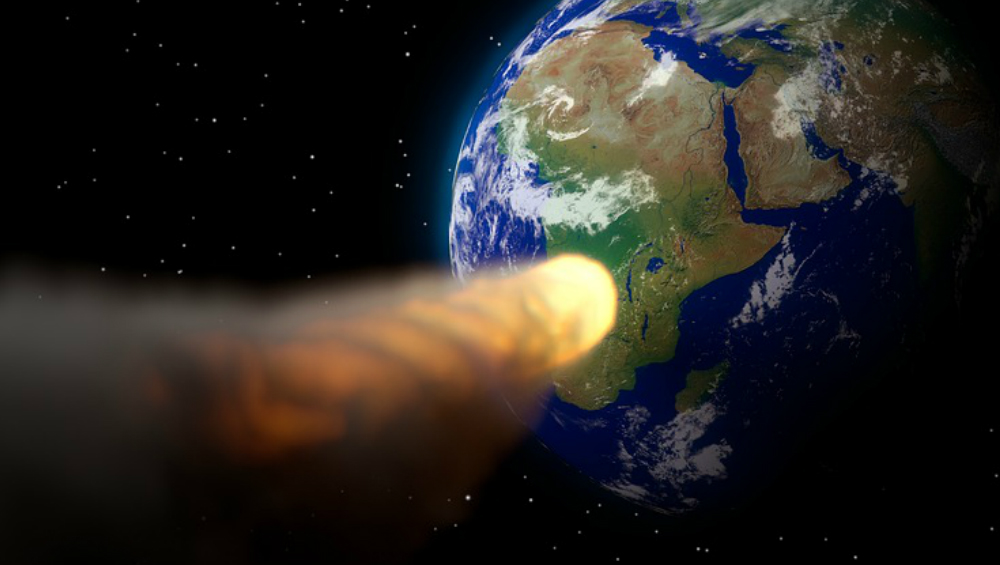 Most people are in a joyous mood around the world as it's Valentine's Day 2020. But there are some doomsday theories floating about on the internet about a huge asteroid hitting the earth. A space rock 2002 PZ39 is a rock as giant as the Leaning Tower of Pisa in Italy. According to NASA, this asteroid is going to flyby the Earth on February 16. But there are certain reports that claim it could strike the planet and cause an impact so huge, that it may kill most of us. But this is a fake report as there are no chances of this rock colliding with the planet. The news was probably spread to pass on fear amongst the people. ‘God of Chaos’ Asteroid to Hit Earth in 2029? Elon Musk Warns of ‘No Defence’! Here’s Everything to Know About the ‘Doomsday Alert’.

An asteroid is also dubbed as 2020 BL 14. It is known as near-Earth objects or NEOs. It was spotted on January 29 by NASA and they reported it could come in close approach with the planet on February 15. NASA’s Center for Near-Earth Object Studies (CNEOS) identified the asteroid travelling at almost 34,000 miles per hour. The details state that it is about 3250 feet in diameter that is as equal to the Burj Khalifa in Dubai, the tallest building in the world.

However, the information has been used to spread fear among the masses which state a 'planet-killer asteroid is approaching the earth.' It states, a kilometre-sized asteroid can cause significant damage so if the 2002 PZ39 hit the earth it would instantly kill millions of people. It could also result in harsh environmental changes triggering the mass extinction. There are similar articles shared online to cause panic but that's about it. NASA to Crash Spacecraft into Asteroid in 2022.

Fact buster site Snopes.com, have also cleared the air around this asteroid alert. This asteroid will not come with the 2.2 billion kilometres range of our planet as per the Center of Near Object Studies. The asteroid has been classified as potentially hazardous but it is definitely hitting the planet off and ending our existence. As NASA confirms, "The trajectory of asteroid 2002 PZ39 is very well known. It will pass by Earth at a distance of about 5.77 million kilometers (approximately 3.59 million miles). The asteroid will approach no closer than about 15 times the distance of the Moon." So if you come across reports about doomsday on the day after Valentine's day, be assured they are false.

A Huge Asteroid Will Crash The Earth on February 15

It is a fake report, the asteroid is not in close orbit of the earth.