Hantavirus Fact Check: Can the Virus Transmit From Human to Human and Do You Need to Quarantine? Know How People Can Be Infected With HPS

The speculations concerning to the Hantavirus transmission soon took over social media. Some stressed that hantavirus is transmitted from human to human and with a possible outbreak, their quarantine period might be extended. Know how people can actually be infected from HPS. 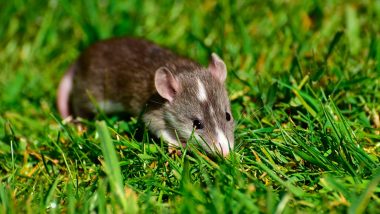 While the world continues to scare over the novel coronavirus spread, news about another virus reportedly killing a man in China has added more to the panic. The Hantavirus Pulmonary Syndrome (HPS), is the latest concern among netizens. The man who died in China was tested positive for Hantavirus. After the news broke online, people began to trend #Hantavirus, with too many concerns running at the same time. They are collectively under the impression that it is a ‘brand-new’ virus originated in the South Asian country and set to become a pandemic, just like COVID-19. The speculations concerning to the Hantavirus transmission soon took over social media. Some stressed that hantavirus is transmitted from human to human and with a possible outbreak, their quarantine period might be extended. But can the virus spread from person to person? Do you need to quarantine? Before you jump into a conclusion, know how people can actually be infected from HPS.

Global Times in a tweet reported that a man from the Yunnan Province in China died after he was tested positive for Hantavirus. The remaining passengers on the bus were sent for the test too, but the results are not immediately revealed.

A person from Yunnan Province died while on his way back to Shandong Province for work on a chartered bus on Monday. He was tested positive for #hantavirus. Other 32 people on bus were tested. pic.twitter.com/SXzBpWmHvW

The tweet went viral online. Considering severe situation, where COVID-19 cases are increasing rapidly, it was apparent for the netizens to panic over HPS, given that it has a ‘virus’ in its name. Hantavirus has been running as one of the top trends on Twitter, with people worrying about the spread. Some even believed that their self-quarantine period might increase as well, for the Hantavirus outbreak. The panic is everywhere! How to Prevent Zoonotic Diseases Like Rabies, Nipah Virus Infection and Leptospirosis.

They be dropping them one by 😭😭 my ass is sick of quarantine because of #CoronavirusPandemic it's not like I have a choice other than staying home. And now that I'm home they release another #Hantavirus 😭😭😭 https://t.co/90Ae4TKhna

Not too fast senator. You now need another 14-day quarantine for #Hantavirus

A person from Yunnan Province died while on his way back to Shandong Province for work on a chartered bus on Monday. He was tested positive for #hantavirus. Other 32 people on bus were tested.

Can the Hantavirus Transmit from Human to Human?

Unlike coronavirus, hantavirus is not airborne. HPS cannot be transmitted from human to human. The Centers for Disease Control and Prevention (CDC) noted that a person could become infected with hantavirus through contact with rodent urine, saliva or faeces. There is no proof that hantavirus can be transmitted from one person to another. CDS, in its report further highlighted that in Chile and Argentina, rare cases of person to person transmission have occurred among close contacts of a person who was ill with a type of hantavirus called Andes virus. It is further important to note that pets like dogs and cats are not known to carry hantavirus.

Do You Need to Quarantine?

Since the Hantavirus is not airborne and does not have a history of transmitting from human to human, a quarantine will not be necessary. Scientists believe that people may contract the virus if they touch something that has been contaminated rodent urine, droppings, or saliva, and then touch their nose or mouth.

Hantavirus is not a new virus as the first outbreak dates back in May 1993 in the southwestern United States. It does not transmit from human to human. And there is no necessity to create panic within and among yourselves regarding hantavirus. It is advisable to eat clean, stay healthy, follow social distance and continue self-quarantining, as they are the only possible way to limit the COVID-19 spread.

Hantavirus transmits from human to human and hence, the quarantine period will be extended.

No, Hantavirus do not transmit from a person to person. It not airborne unlike COVID-19, hence a quarantine will not be necessary

(The above story first appeared on LatestLY on Mar 24, 2020 05:05 PM IST. For more news and updates on politics, world, sports, entertainment and lifestyle, log on to our website latestly.com).