UNESCO Declares the Indian Lockdown As the Best Lockdown in the World and Praises PM Modi? Here Is the Fact Check of Fake News Going Viral 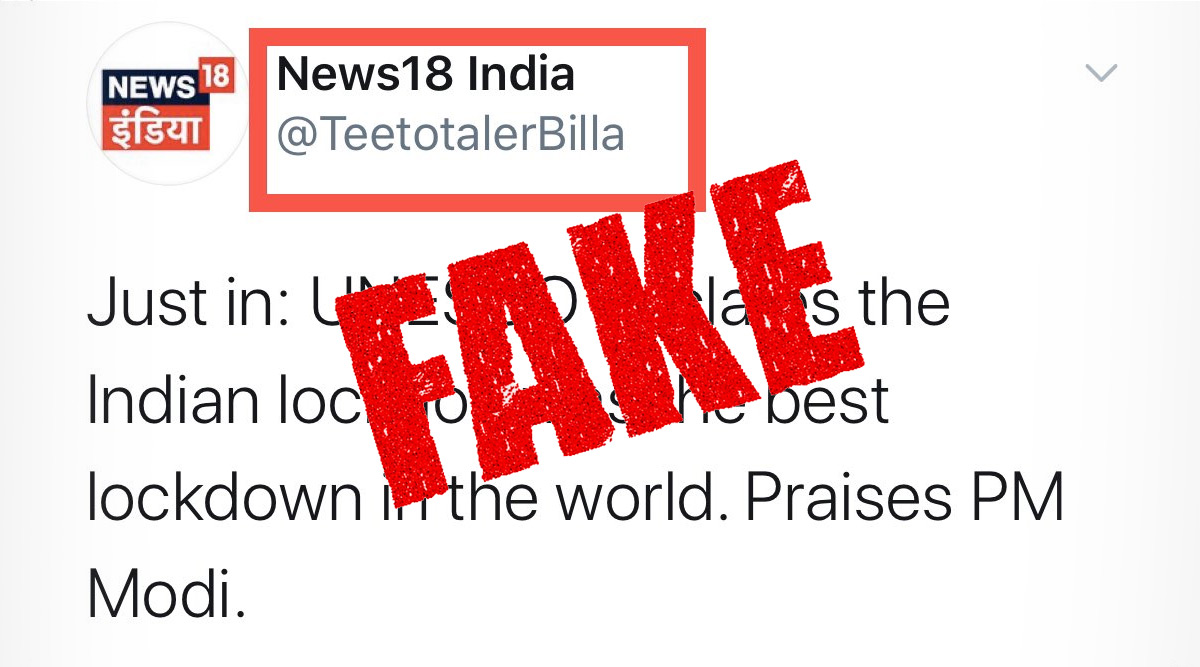 The situation of Coronavirus has forced a lockdown in the country. But people are still not abiding by the rules and the number of cases is on the rise. The police personnel are trying hard to convince people to stay indoors and stopping migrants who are heading back to the villages in groups. Amid this tense situation, fake news has been doing the rounds on the internet that UNESCO has declared India's lockdown as the best in the world praising PM Narendra Modi. Several people are sharing the news on their Twitter accounts, however, it is a piece of satire and there is no truth to it. UNESCO has not acknowledged India's lockdown during the Coronavirus pandemic. When Will Coronavirus End in India? This Graph Shows Importance of Lockdown and Forecast With Dates When India Can Get COVID-19 Free.

Meanwhile, people are questioning the planning behind the lockdown, how it will work and will it be extended. There are several questions being raised on the nature of lockdown and about those who are breaking the protocols. Amidst all of this, a tweet made by a Twitter account Quarantined Billa (@TeetotalerBilla) reads, "Just in: UNESCO declares the Indian lockdown as the best lockdown in the world. Praises PM Modi." The profile image and name of this account, at the time of making this tweet, was of News18 and the DP was the logo of the channel. It may have got some people to think it's reliable. The tweet was made on April 1, which is also marked as the April Fools' Day. But some people probably did not realise it and began sharing the same tweet on their accounts. Now a lot of people are talking about India's lockdown being the best one. But it is not an official tweet, but one that was made as a satire. Fact Check: Coronavirus Lockdown Extended Till April 30 in Maharashtra? Know Truth Behind Viral Fake News.

Just in: UNESCO declares the Indian lockdown as the best lockdown in the world. Praises PM Modi.

These are not official tweets. The official Twitter handle of News18 is @News18India. These tweets were made as a satire, maybe to mock the situation, where despite the lockdown there are so many people out on the streets. We do not know the intention of the tweet, it could have been an April Fools' prank and maybe some people fell for it. So we urge all readers to not pass on fake news in times of such crisis.

A tweet claims UNESCO declared the Indian lockdown as the best lockdown in the world. Praises PM Modi.

It is a piece of satire and not an official tweet.