Video of Leopard Drinking Water From Swimming Pool is NOT From Taj, Ranthambore or Lonavala But From South Africa; Know Complete Truth Behind Viral Footage

Video of a leopard that is going viral on social media platforms has stunned netizens. It shows the wild cat drinking water from a swimming pool of a resort. While some say it was shot at Ranthambore, others say it was at Lonavala. However, the truth is that the incident happened at Singita Ebony Lodge Sabi, Hazyview in South Africa. 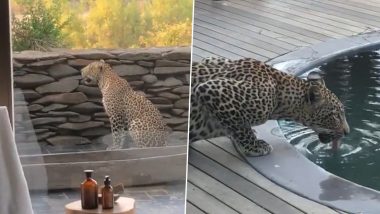 Video of a leopard that is going viral on social media platforms has stunned netizens. It shows the wild cat drinking water from a swimming pool of a resort. The video is both scary and fascinating at the same. The incident was captured on a mobile camera by a woman who seems to have been staying at the hotel. The leopard can be seen sitting by the pool and then it slowly walks across to the pool for a drink. While some say that the video was captured at the Taj Hotel in Ranthambore, Rajasthan others say it happened at a resort in Amanzimtoti, Africa. Also, an IPS officer, HGS Dhaliwal shared the video saying that it was 'somewhere in Lonavala', however, he deleted the tweet. However, the truth is that the incident happened at Singita Ebony Lodge Sabi, Hazyview from South Africa. Fact Check: Leopard Spotted Near Sion Bridge or JVLR in Mumbai? Know Truth About This Viral Video Shared by Raveena Tandon.

The fact check team of LatestLY checked the website of Singita Ebony Lodge Sabi and found that the leopard was indeed at the same lodge. It shows the same tub seen in the video proving that the leopard was shot at the resort in South Africa. Is the Viral Video of Leopard Roaming on the Roads of Thane Real? Know The Truth Behind the Clip Being Circulated on Social Media.

Video Claiming to be From Taj From Ranthambore:

This Video Says The Incident Was From South Africa:

When a Twitterati asked about the location, the tweeple mentioned the hotel's name. 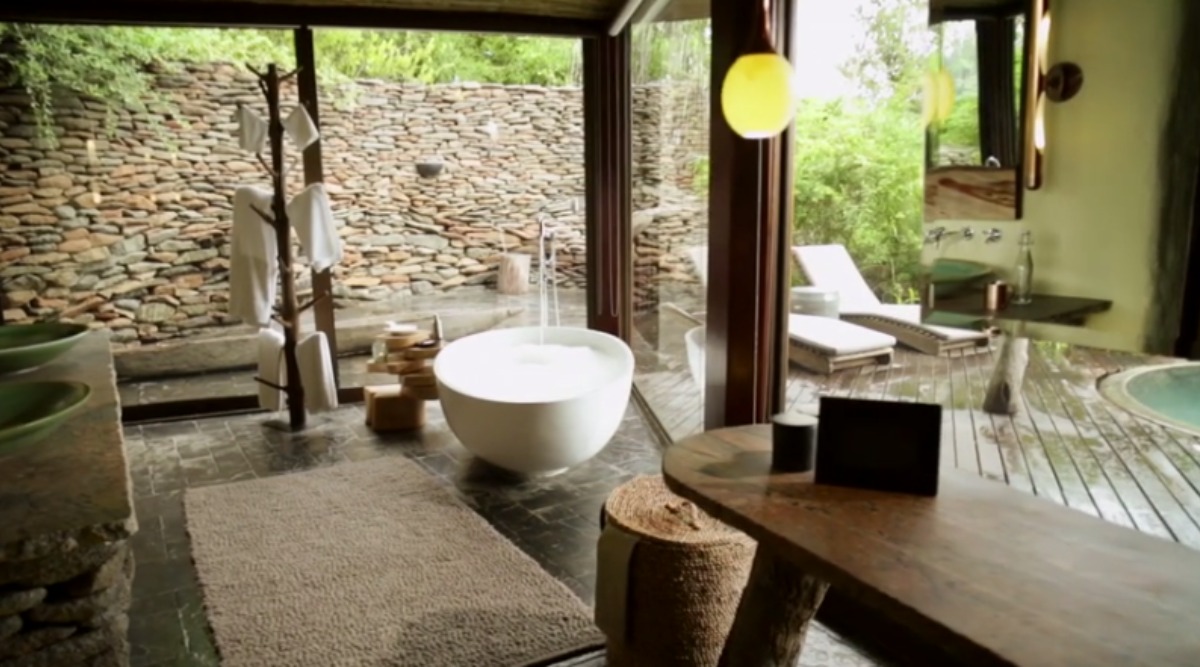 They shared the video saying, "A guest at Singita Ebony Lodge in Sabi Sand filmed & shared this breathtaking moment. We strongly discourage close wildlife encounters, but should they occur, we've strict safety protocols for staff & guests."

Video Shared by The Hotel:

The clip then shows the leopard walking across the pool to the other side of the hotel. Earlier, Singita, the guest lodge in Sabi Sand had also filmed and shared another video of the same incident social media.

It is being said that the video was shot at Lonavala in Maharashtra while some on Twitter claim that it was recorded at Taj Hotels in Ranthambore, Rajasthan.

The truth is that the video was recorded at Singita Ebony Lodge in South Africa and not the claims on social media.

(The above story first appeared on LatestLY on Sep 16, 2020 06:11 PM IST. For more news and updates on politics, world, sports, entertainment and lifestyle, log on to our website latestly.com).