WhatsApp Forward Claiming That Billboard Fell on a Motorcyclist in Hyderabad's Mehdipatnam Area is Fake, Know Truth Behind the Viral Clip 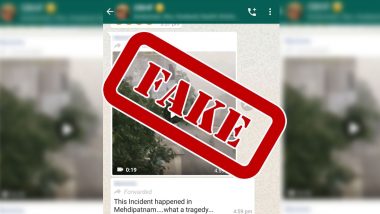 During the novel coronavirus crisis, there is an outbreak of false information. Recently, a video went viral on social media platforms such as WhatsApp, Facebook and Twitter, where a billboard fell onto a motorcyclist. The video was shared with a claim that the incident took place in Hyderabad's Mehdipatnam area due to heavy rain. Viral WhatsApp Message Claiming That Riders Are Not Required to Wear Helmet While Travelling Within 15 Km of City is Fake.

The WhatsApp forward was shared with the text: "This incident happed in Mehdipatnam...what a tragedy." Similar versions of the message were also making rounds on Twitter. Fact Check: Video of Huge Waves Crashing Over a Bridge is Not Bandra-Worli Sea Link During Mumbai Rains, Know Truth About the Viral Clip. 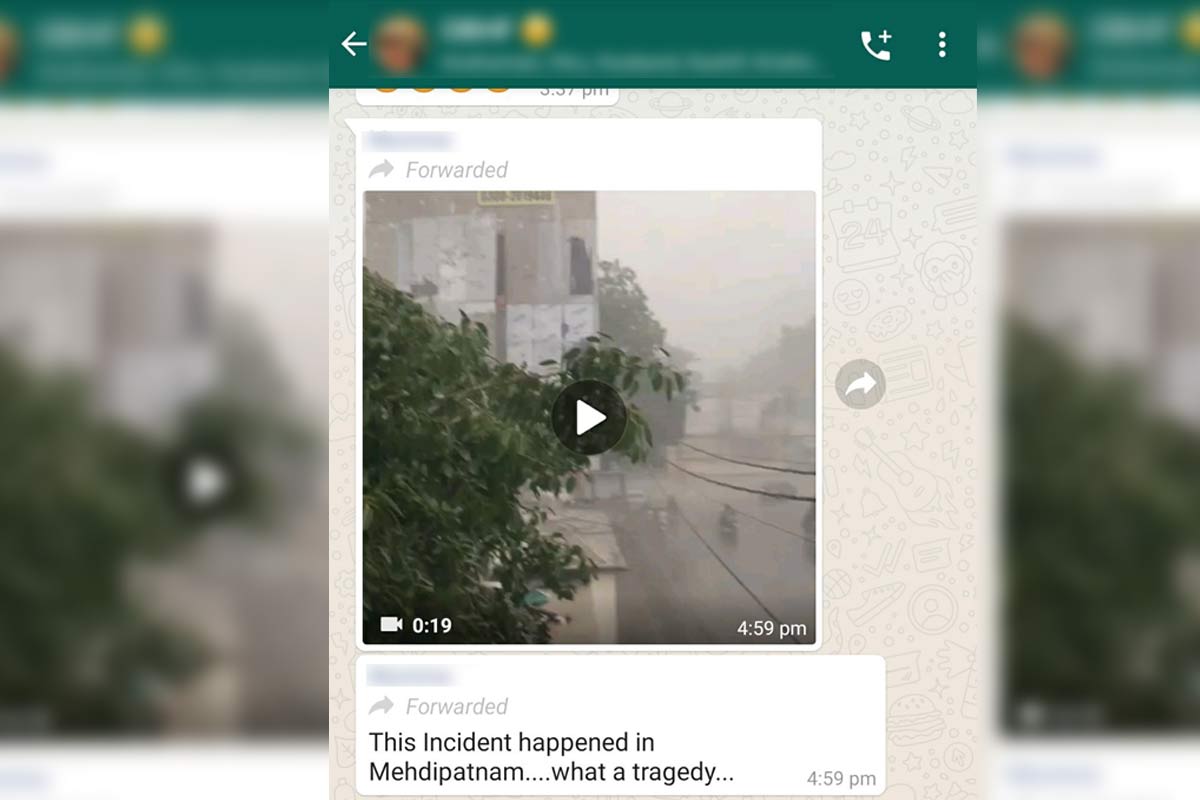 Tweets Claiming That Billboard Fell on a motorist in Mehdipatnam:

One hour ago in Mehdipatnam!!! One more reason to continue WFH!!! pic.twitter.com/X9CgFTH9cW

LatestLY Fact Check team found that the video is shared with a false claim. The incident originally took place in Karachi, Pakistan on August 7, 2020. The billboard became loose due to strong winds and collapsed on two motorists near Metropole Hotel. Pakistani Designer Asim Jofa shared the same video on Twitter on August 7. Pakistani media also covered the story.

Stay safe everyone... this’s so shocking for me 😱 Hoarding fall down near old matropole hotel in Karachi during rain ... #KarachiRain pic.twitter.com/ZPSUM90eWK

Hence, the claim that the billboard fell onto a motorcyclist in Hyderabad's Mehdipatnam is false. The incident took place in Karachi. Hence, netizens are requested to not share the video with a false claim.

The claim that the billboard fell onto a motorcyclist in Hyderabad's Mehdipatnam is false. The incident took place in Karachi.

(The above story first appeared on LatestLY on Aug 10, 2020 06:09 PM IST. For more news and updates on politics, world, sports, entertainment and lifestyle, log on to our website latestly.com).