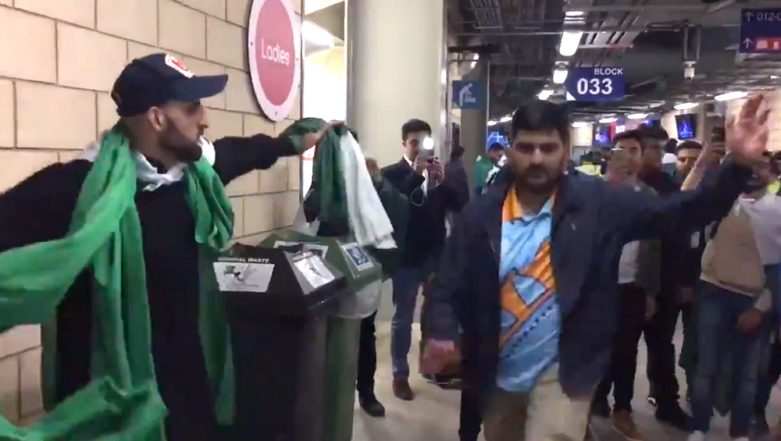 Although India and Pakistan are core rivals when it comes to cricket, the citizens of the Asian nations also share a deep bond of brotherhood. While Indian fans support India's victory in every match against Pakistan, they also express happiness for their neighbours to the northwest when they perform well against other teams.

A video of an Indian and Pak cricket fan dancing together after latter's magnificent victory against New Zealand in ICC Cricket World Cup 2019 is doing the rounds of social media. In the video, both the fans can be seen performing Punjabi dance form Bhangra. The video was shared by Pakistan cricket statistician and journalist Mazher Arshad on Twitter. Have a look at the video below.

It's time to Dance

Pakistan and India fan dancing together after Pakistan’s win in Birmingham. #PakvNZ pic.twitter.com/EHuHW6gtCZ

It was a moment of joy for Pakistan fans when their team defeated New Zealand by seven wickets to keep their chances of entering semi-finals in ICC Cricket World Cup 2019 alive. Pakistan restricted New Zealand to 237-6 in 50 overs with amazing bowling by Shaheen Afridi who took 3 wickets. While chasing, Babar Azam hit a marvellous century to take Pakistan to victory, thereby ending the Kiwis’ unbeaten winning record in ICC Cricket World Cup 2019.

Pakistan will now play against Afghanistan and Bangladesh on June 29 and July 5 respectively. The Asian cricket team hold the 6th position on the points table with seven points in seven matches, following Bangladesh which is on the 5th spot with an equal number of points.