Japan's Okayama Buses Are Offering Free Rides to Passengers as They Are on Strike!

Europe and Latin America have also been witnesses to these kinds of strikes. 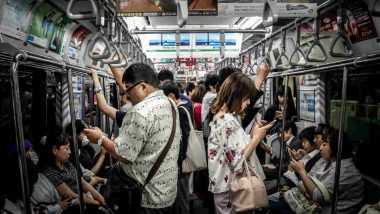 In a bizarre form of strike, bus drivers in Japan's Okayama City continued to operate, however, refused fares from passengers. The Ryobi Group's bus workers decided to go on strike after a new service with cheaper fare was launched on the same routes they operated. The rival bus line Megurin which began operating on April 27 overlapped with their routes giving Ryobi Group tough competition. Ryobi drivers worried about their job security asked management for improvement in the service to stand tall above the competition.

However, the management paid no heed to their demands and workers declared a strike. But the bus operators did not let their strike affect passengers who travelled with them. So, they continued to ply through the roads offering free rides to consumers.

Sounds interesting, right? This is not the first time "free ride strike" took place. Last year, Sydney and Brisbane held similar strikes. The earliest documentation of such a strike dates back to 1944 when the Cleveland streetcar workers held similar protests called "fare strike". Europe and Latin America have also been witnesses to these kinds of strikes.

Pictures of fare machines being covered with a white cloth are viral on social media:

It is quite amusing to see how workers despite their difference of opinion with the management, want to maintain their relationship with the passengers. It will be interesting to see the outcome of this strike. Do you think similar strikes will push the management to put worker-friendly norms in place? Do let us know in the comment section below.

(The above story first appeared on LatestLY on May 03, 2018 05:55 PM IST. For more news and updates on politics, world, sports, entertainment and lifestyle, log on to our website latestly.com).