Komodo Dragon Tries to Have Sex With Hidden Cameras, Tears the Equipment Installed for BBC’s Spy in the Wild II Shoot 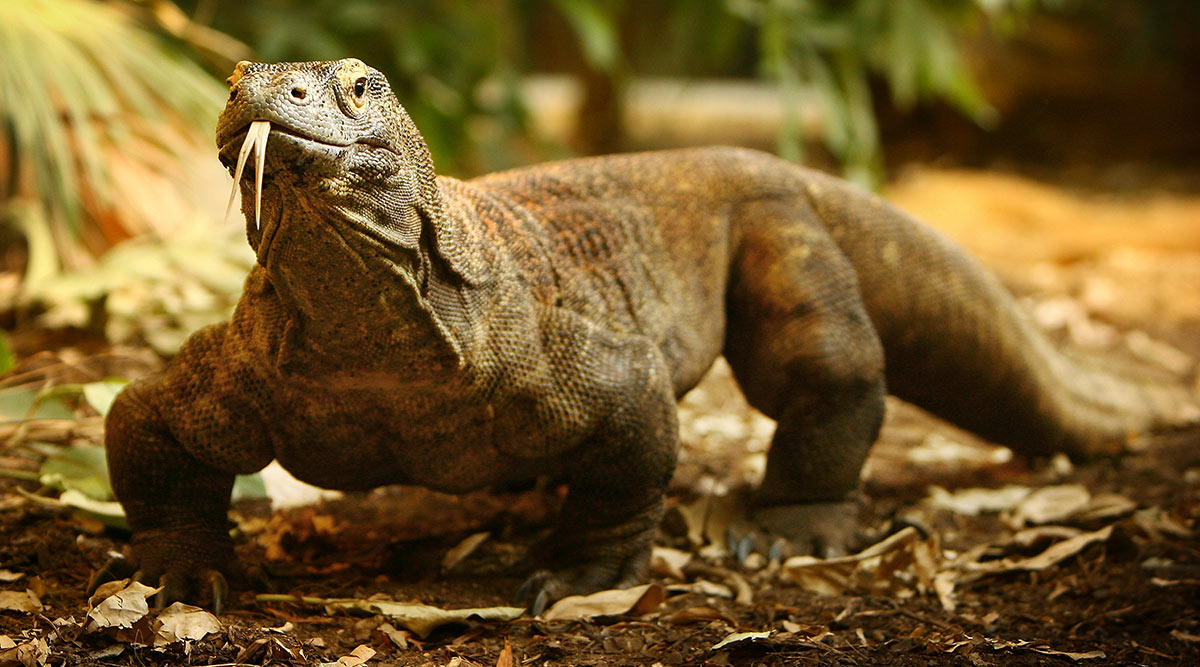 You should not mess with the wild and especially if it’s the mating season! So, a team of expert hid cameras inside an imitation female Komodo dragon, as a part of BBC’s upcoming show, Spy in the Wild II. The new series sees cameras installed into lifelike models of the giant lizards that can then infiltrate packs of animals and their surroundings. A male Komodo dragon tried to have sex with a camera installed in an imitation female, set for the shoot. After not getting any obvious respond, the animal took out his frustration on the dummy and tore the equipment into pieces. Komodo Dragon Eating a Turtle and Throwing Off The Shell is Cruel Reminder of Survival in Nature.

The show’s executive producer, John Downer, told the Sun newspaper, that the male dragon began trying to mate with the imitation lizard and became increasingly frustrated when the model did not respond. Hence they took out their frustration on the fake pig containing the recording equipment. Downer was quoted saying in the same report, “With its massive claws this dragon starts raking at the skin of the ‘female’, and there’s nothing you can do because you can't intervene. You just hope it will realise there’s something not right and it will stop. But then this pig, with all our equipment in it, was in the wrong place at the wrong time and they just annihilated it.” Komodo Dragon Eats a Whole Monkey Within Seconds! Terrifying Footage From Indonesia Goes Viral.

With the number one rule of nature filming being ‘don’t interfere at all costs,’ the production team had no option but witnessed the giant Indonesian lizard, carrying on with what it was doing—destroying the equipment into bits. Downer further explained that it was the breeding season for the komodo dragons and hence they had been riled up by fighting over this dummy female.

Komodo dragon is a species of lizard found in the Indonesian islands of Komodo, Rinca, Flores and Gill Motang. Its unusually large size has been attributed to island gigantism. BBC’s Spy in the Wild II begins on January 22, 2020, and was filmed with cameras hidden inside animatronic animals that included koalas, bats, turtles, gorillas, bears and turtles. And the Komodo dragon mating attempt, also produced some unique footage that we hope to see when the show is aired.