Mature Bag Memes Take Over The Internet After Funny Video of 'How to Look Attractive' Goes Viral, Check Jokes and Tweets 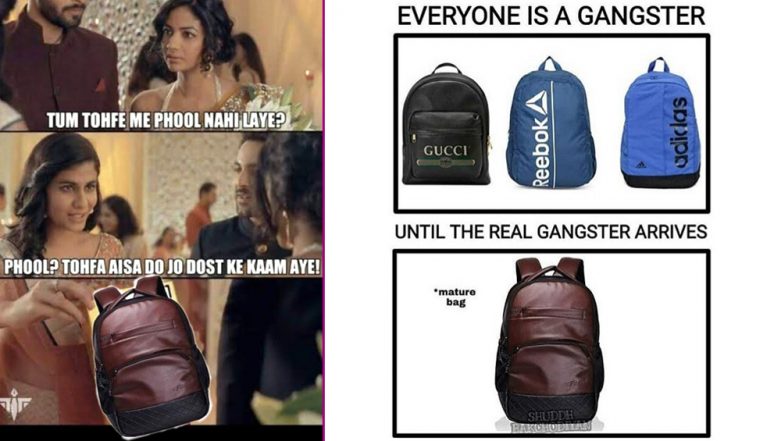 We have said it before and we say it again that the internet is a brilliant place! You come across such funny videos and pictures on the internet that they can turn a bad day around. The latest entrant into the meme factory is the 'mature bag.' So what is a mature bag, you wonder? A video of a guy explaining how to look attractive in college has been going viral. In the video, the guy explains that in order to stand out in college,  one has to carry a mature bag aka a leather bag.  Netizens thought it was simply hilarious and mature bag memes and jokes soon followed.  Funny JCB Ki Khudai Memes Flood Twitter but Why Is #JCBKiKhudayi Video Going Viral and Trending in India?

In the video, the guy says that there are very few things one carries to college so carrying a good bag is very important. He goes on to say how people often carry the same bags that they used in schools, for their college. So he suggests them to use a "mature bag." This mature bag is a leather backpack available on Amazon for Rs 1500. Me Explaining to My Mom Funny Memes Take Over the Internet & They’re Most Relatable Childhood Meltdown Reactions!

While the video is funny in itself, netizens have started spinning countless funny memes around it. The mature bag is the in-thing for memes at least. Check some of the funniest memes on the mature bag.

Crush : Be in your limits, we can't date.

Backpack of the year

Backpack of the year:)

This could be us.

Here's a Video of the Mature Bag Memes Going Viral:

So the mature bag has taken over the internet and people are relying on this bag to look cool and get a girlfriend in college. Well, if JCB memes took the internet by storm, it's mature bag's time to shine.