Men Are Flashing Their Hard Crotches on Instagram for New NSFW #BigBulge Trend After Hot Celebs Such As Jack Quickenden, Conor McGregor and Cristiano Ronaldo Lead the Trend 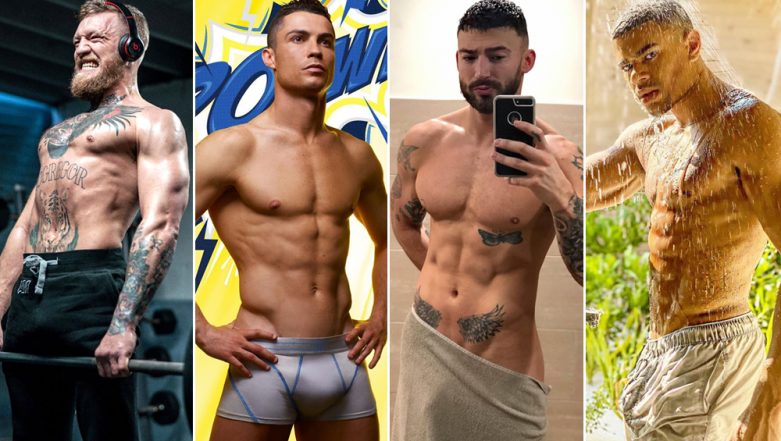 If you thought that NSFW Instagram trends were to take some rest after trends such as Pushback, The Bustie Pose, Blank Canvas, 'Wedgie Rise', ‘Straddle Pose’, etc that helped the women of Instagram take social media by storm, here we have the latest trend for the males.  Men are showing us their 'hard-ons' via hot selfies on Instagram that are going viral and HOW! The famous, hot, and ripped men of Instagram are flashing their bulges on Instagram as per this viral Instagram trend and fans cannot keep calm about. This NSFW, explicit Instagram craze on social media has even got celebs across the world "indulge in their bulge" and it is left us gasping for breath. Celebs such as Connor McGregor, Jack Fowler and Jake Quickenden are just some of the hunks flaunting their packages in their pants, of course, while the viral trend sweeps social media. Cristiano Ronaldo's Crotch Is Buffing, Thanks to Constant Touching By Fans! Juventus Player's Statue Erected at Museum in Funchal Catches Attention (View Pics)

Take a look at some of the best pictures under the big bulge trend:

To start with we have Juventus F.C. star Cristiano Ronaldo choosing to be the model for his new underwear range- cr7underwear and showing us, *ahem* the real package.

Wes Nelson's shower picture has got the 'Love Island star's' fans breathless. It is pretty 'hard' to 'not look down'.

We ain't saying a thing, it's his followers who cannot stop gazing at his #bigbulge!

Finally, we have an NSFW trend for the men on Instagram. Let's see what all 'big surprises' does this new Instagram trend has in store for us!