Michele Morrone's full-frontal nude pictures from the sets of the '365 Days' sequel have been leaked online recently and thus, the actor has issued a strong-worded statement expressing his disappointment. 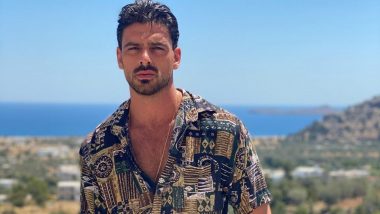 Michele Morrone is undoubtedly one of the handsome actors in the world. He has a major fan following on social media, especially female fans. The good-looking actor has gained all the limelight after his spectacular performance in Netflix's erotica film, ‘365 Days’ in 2020. The actor plays the leading role of gangster Massimo Torricelli in the film. Despite several controversies related to the film, the makers have announced that they are working on the sequel of the film after its phenomenal success.

Now recently, a few full-frontal nude photos of Michele Morrone have been leaked online from the sets of the '365 Days' sequel and thus, the actor has issued a statement expressing his disappointments. He took to his Instagram story and wrote, "As an actor your life becomes public. But, as a human being, I would still like my privacy to myself, and I'm a huge fan of privacy.”

"It is never ok to invade someone's privacy and it's very disrespectful. What happened is a big offence to me," he added.

In his statement, the actor also thanked his loved ones who helped take down the nude pictures from online portals. "I really wanna thank all of my online family for taking action against all the private images of me that leaked while I was working on set professionally," he said.

"I really appreciate what you've all done guys... as always, Thank you... I love you!!" Michele concluded. 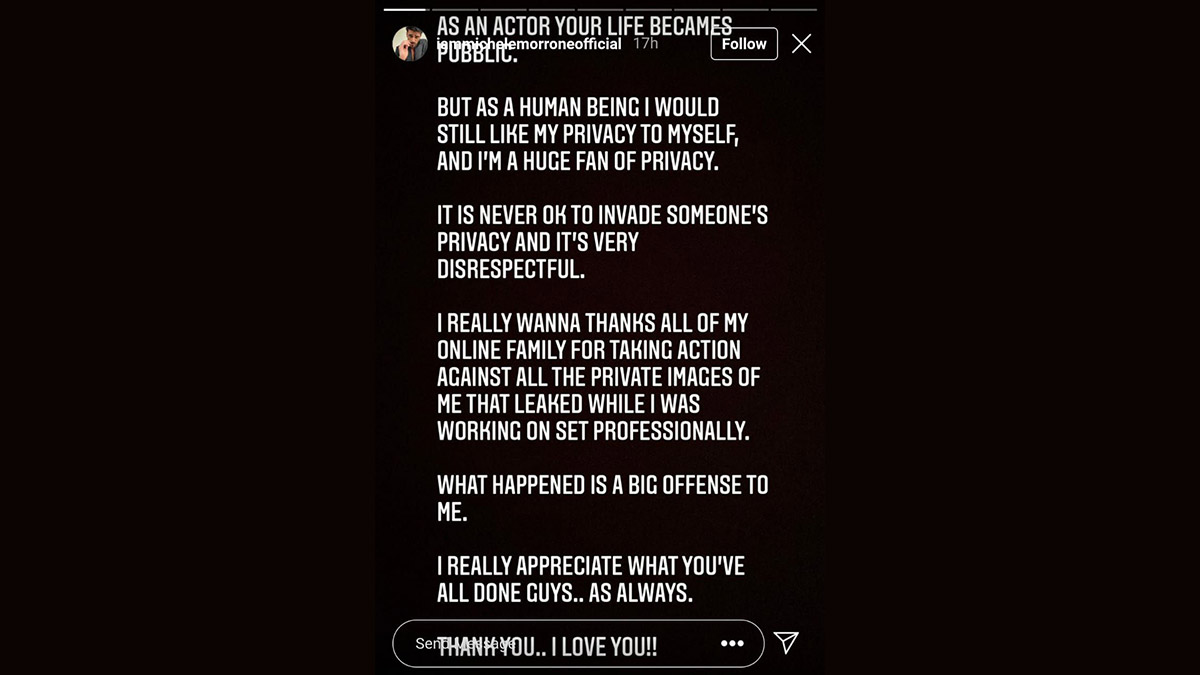 The photos of the actor which was leaked online even displayed his manhood and some pictures of him in different stages of undressing. According to the ETimes report, model Simone Susinna will be making his acting debut in the film.

However, the sequel of 365 Days will see the actor reuniting with co-star Anna-Maria as Laura Biel. He will be playing the role of Marcelo ‘Nacho’ Matos, who will come in between Massimo and Laura's love story.

(The above story first appeared on LatestLY on Jun 25, 2021 09:31 AM IST. For more news and updates on politics, world, sports, entertainment and lifestyle, log on to our website latestly.com).