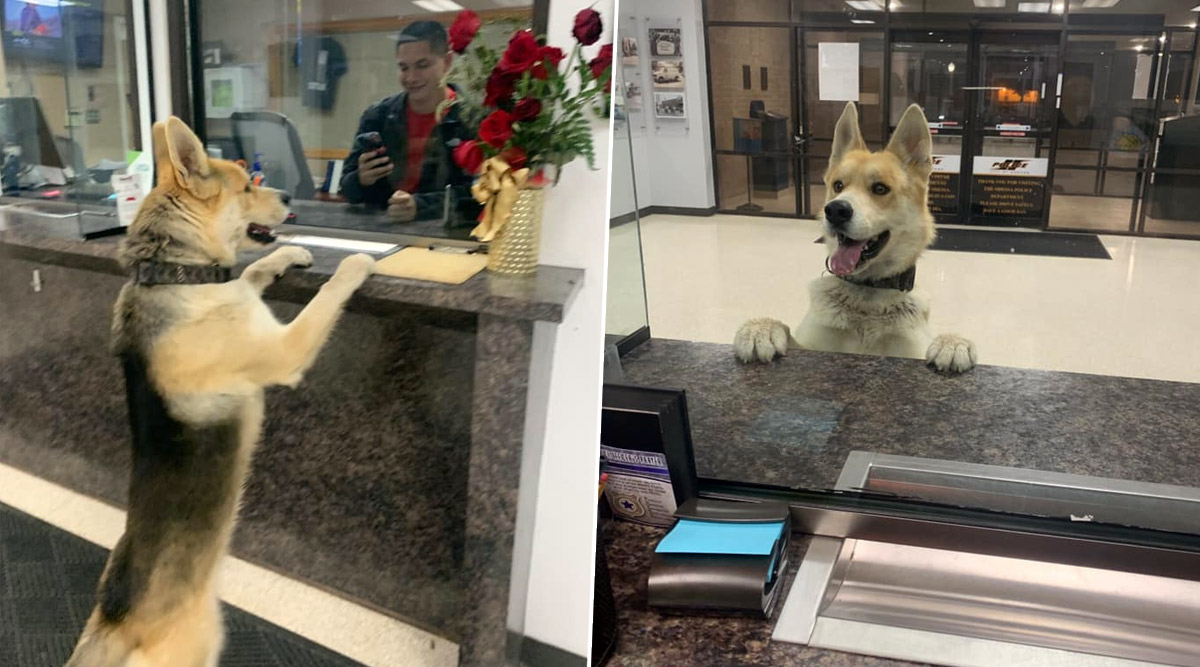 A pet German Shepherd mix went out of his house and ended up in a police station, letting the police know that he's lost. The dog named Chico left his home and somehow ended up in precinct of Odessa Police Department in Texas in wee hours of the morning. The police officers were in for a sweet surprise as the pooch was quiet friendly and played with them for a while. The police officers clicked a few pictures of this pet standing enthusiastically peaking over their desk. They shared the pictures of the dog over Facebook and they soon went viral. The owner only came to know about his pet's outing only after he came across these pictures. But luckily by then, Chico had managed to go back home on his own. Arizona Man Offers to Give Away His One-Bedroom Home as Reward to Those Who Find His Missing Dog.

On February 11, the officers at Odessa Police Department had a fluffy visitor. The officers looked out if there was an ID tag to match him with his owners. When they didn't find it, they called the animal control to come and check for a microchip. Meanwhile, Chico was friendly and played a little with the officers there. Sergeant Rusty Martin who was in the precinct told The Dodo, "We were all excited to have him in the building. We had a tennis ball and threw it in the lobby for a bit. Everyone loved on him." By the time the officials came in to check for the chip, Chico had left the police station and returned home. The officers posted about the pooch visitor on Facebook and joked probably the dog was checking up on a K9 vacancy. The post went viral with people wanting to help him reunite with his family. Dog Owner Breaks Down After Being Reunited With Long-Lost Pet, Emotional Video Goes Viral.

The post got over thousand shares and Chico's owner Edward Alvarado was asleep and he got to know about his pet after his nephew texted him the pictures of Chico on social media. Alvarado went out to check but Chico was back on his own. Alvarado informed the police that he had returned. Seeing Chico's smartness a lot of people have already deemed him fit for being a service dog. Clever dog, no doubt!