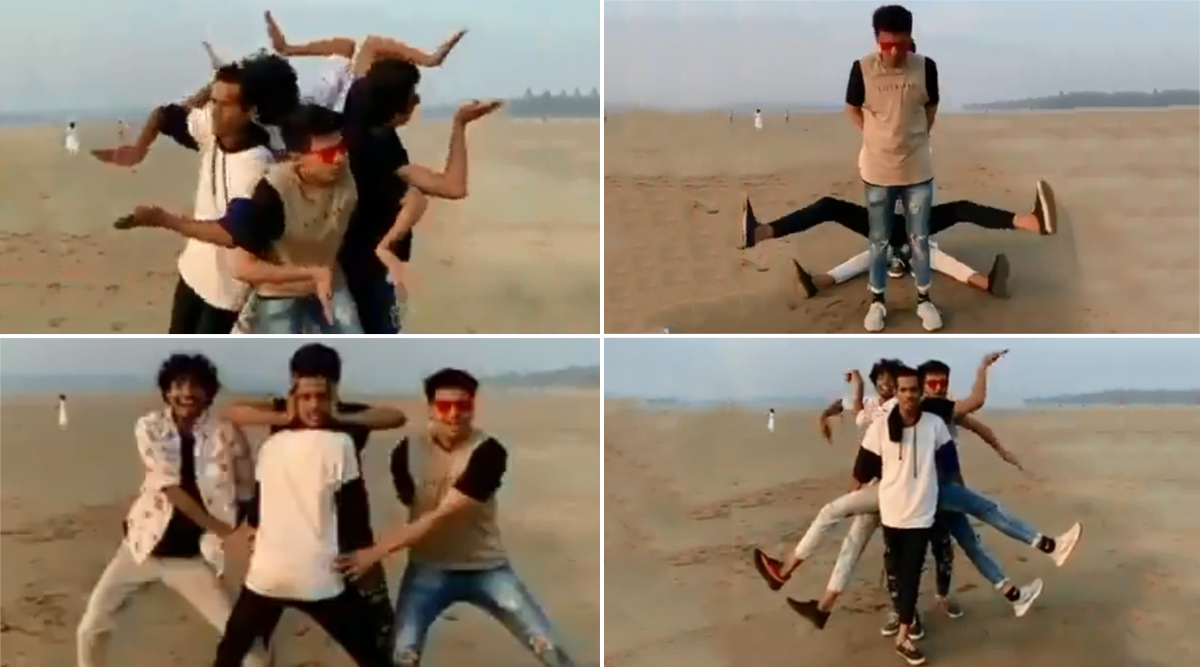 Social media has amazingly played a great platform for budding artists. From dancers, singers, comedians to musicians, the medium exposed their talent to the world. And on a daily basis, we come across videos of people that leave us awestruck with their performance. And one such video that is going viral has left the internet in a tizzy. Video of a group of four boys dancing to the song 'Muqabla' from the move Street Dancer 3D has gone viral on social media platforms and their moves have left netizens baffled. The four appear to be glued at one instance, and the next moment they form into something else. The original dance video had Varun Dhawan, Shraddha Kapoor and Prabhudeva. And an impressed Varun Dhawan shared it saying, "This is wow muqabla." Dancer Performs Crazy MJ Moves in TikTok Videos, Twitterati Unites to Make Him Go Viral.

A Twitter user shared the video with the caption, "I bet u will watch it again and again after watching the last frame!" As the video went viral, messaging praising them started flooding the internet. Many pointed out that the dance was inspired by the Mumbai based dance group 'MJ5'. Film director Vivek Ranjan Agnihotri retweeted the video with the caption, "Indian youth is so creative. The last frame will make you watch it again and again." Mick Jagger’s Crazy Dance Moves On Maroon 5’s Hit Song Post Heart Surgery Is a True Treat for Fans (Watch Video)

I bet u will watch it again and again after watching the last frame! pic.twitter.com/53jCcUA8pH

This is wow muqabla @remodsouza@rahulshettyRzhttps://t.co/Dw04exat7u

Most people in the comment section were curious to know how they did it. One of the comments read, "Ohh, Wow. How did they pull this off. It's incredible’ and ‘Man… this is awesome." When another asked if it was an edited video, people commented that it was not and those boys are quite popular for their dancing moves. You may think they broke their bones but let's believe they are flexible as rubberbands!