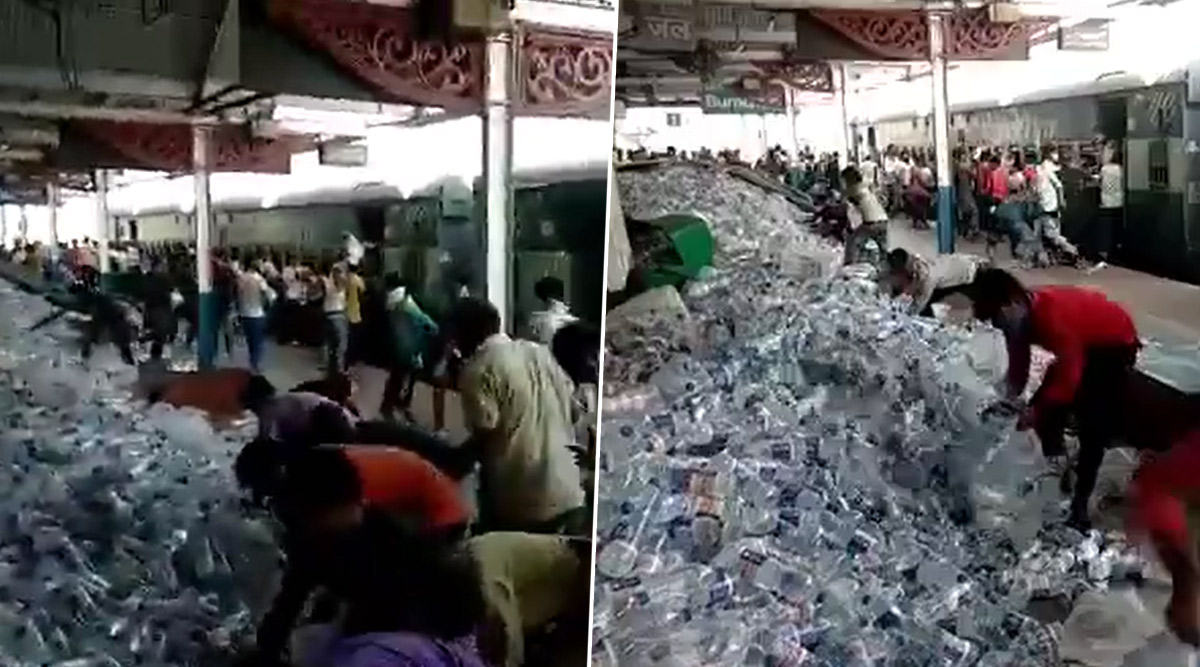 Lucknow, May 23: Passengers of Shramik Special trains "looted" water bottles at Pandit Deen Dayal Upadhyaya. The video of the incident has gone viral on social media. However, the exact date of the incident is not known. In the video, it could be seen that people in large numbers got down from the train standing at the railway station. They rushed towards a pile of water bottles placed at the corner of the platform. Mangoes Worth Rs 30,000 Looted by Delhi Crowd From Street Vendor in Broad Daylight Amid Lockdown, Watch Video.

Each of the migrant workers was seen picking up one or two cartons of water bottles. Netizens raised questions on the water facilities provided by the government in "Shramik Special" trains. They believe that lack of water and food facilities inside Shramik Special trains led to the incident. One of the Twitter user wrote, “Would they have done this if food-water was adequately available in the train?” Starving Man Found Eating Dead Dog's Meat Near Jaipur, Video Goes Viral.

Scenes at Mughalsarai station. #ShramikSpecial train passengers 'loot' water bottles. Would they have done this if food-water was adequately available in the train? @qazifarazahmad reports pic.twitter.com/8vOXmjmDCN

Earlier in the day, a "Shramik Special" train from Maharashtra’s Vasai Road to Gorakhpur in Uttar Pradesh lost its track and reached Rourkela in Odisha. The train left Vasai Road on May 21. According to reports, driver of the train lost the way midway and ended up reaching Rourkela on Saturday morning. According to a report published in News 18, the Indian Railways claimed that it was planned diversion.