Period Leave or Not? Dear Fellow Feminists, Let This be About Choice!

When Zomato announced ten days leave a year for its female employees, it was quite expected to garner criticism. It has left netizens divided. A section of women is in support of period leaves, while others are not. The arguments from both parties cannot be ignored. So, should we consider period leave or not? 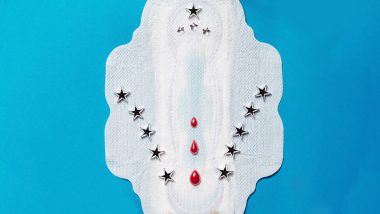 Menstruation is a bodily function which is significantly a taboo topic in India. And because it is never openly discussed, the awareness around a girl’s menstrual cycle is silenced. So, when Zomato announced ten days leave a year for its female employees, it was quite expected to garner strong reactions. It has left netizens divided. Apart from the misogynistic comments that women will take advantage of this, and others that it would be discrimination against men at the workplace, a big backlash came from women themselves. A section of women is in support of period leaves, while others are not. The arguments from both parties cannot be ignored. So, should we consider period leave or not?

Period Leave or Not: The Debate

In August 2020, Zomato announced 10 period leaves for women employees a year. The company’s founder and chief executive officer, Deepinder Goyal, said in a statement, “There shouldn’t be any shame or stigma attached to applying for a period leave. You should feel free to tell people on internal groups, or emails that you are on your period leave for the day. This is a part of life.” The move naturally drew headlines around the world and the attention of social media users and women’s rights advocates. Of anything else, the announcement is progressive, especially in a country like India, where period is still a whisper. However, the move divided women. Understanding the Pros and Cons of Sanitary Pads, Menstrual Cups and Tampons.

This is not the first time when a company’s decision to announce period leaves attracted debates. In 2017, when Mumbai-based Culture Machine, a digital media firm, introduced the first day of the period (FOP) leave for their women staff, it garnered a slew of opinions. And same was the case for Zomato. Many women have asserted that a period leave would prove yet another disadvantage for women in the workplace. Employers could hesitate or become prejudiced against hiring women, and it would also licence the argument that women are "not suitable for jobs." On the other hand, many others weighed sharing their experiences of painful periods, affirming the need for such leave. Heavy Menstrual Flow Giving You Nightmares? From Winged Saniray Pads to Stain-Resistant Clothes, Here's How to Prevent Period Leaks and Stains.

Many who menstruate experience pain or severe cramp when they are bleeding. For some, period-related pain is bad enough to interfere with daily activities. I cannot remember when I have not had painful menstrual cramps. No matter how much planning goes into ensuring that my periods never coincide with important days and events, my body has a mind of its own. On my initial days, it is so severe that it is impossible to get out of the bed. Going to the bathroom to pee is a task. While releasing the urine, is another! On the latter days, I will manage to scoop in a few spoons full of food and sips of water. And it is repeated every month.

But, when I see my women counterparts quite capable of working during their periods, I am not surprised. (I envy them, silently though). Because each of our bodies is different. American tennis player Serena Williams can win Grand Slams while being pregnant. Cardi B can twerk during pregnancy. And so can my female counterparts, conquering their way at the workplace while bleeding heavily. We can celebrate all of it without telling women who complain of morning sickness or period pains, “If she can, why can’t you?” Achievements of some females should not be used to discredit the experience of others. Period leaves give women the freedom to choose if they want it or not. It’s her choice—isn’t it one of the principles of feminism?

However, there has been name-calling of women by women on the social media on the topic and that has been heartbreaking. The fact remains that period is a taboo topic, specially in households where women are treated as untouchables when they bleed. In that, we as women need to stand united to fight the taboo and speak about this monthly activity openly. Prime Minister of India Narendra Modi, in his August 15 Independence Day 2020 Speech at Red Fort, spoke of sanitary pads, in a welcoming move. It's high time the society also moves ahead and speaks of periods. Let's not call each other names depending to what our bodies go through or not. Period leaves is a topic of choice, and that's how it should be.

(The above story first appeared on LatestLY on Aug 17, 2020 12:17 PM IST. For more news and updates on politics, world, sports, entertainment and lifestyle, log on to our website latestly.com).