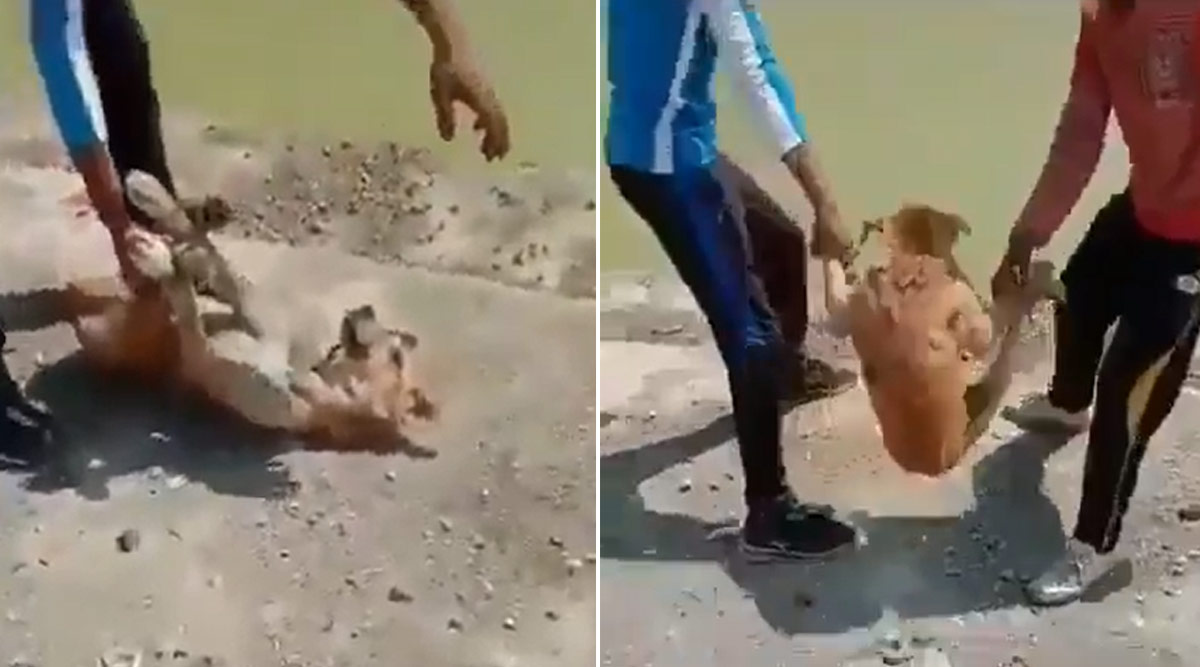 TikTok users in India are in for some serious troubles. Lately, many videos have surfaced on social media which shows how some of the TikTokers are misusing the platform, encouraging all kinds of abuse. Among those videos, came one which showed a community dog being the victim to the criminal act of two teenagers who tied his mouth and legs, threw him into a pond to drown and hurled stones at the dog. The clip raged netizens and animal rights supporters. Now the People for the Ethical Treatment of Animals (PETA) India has reported to offer Rs 50,000 to anyone who provides information about the two unidentified teens, leading to the arrest and conviction of the perpetrators. Is TikTok Ban the Solution? From CarryMinati's 'Flawed' YouTube vs TikTok 'Roast' Video To The App's Google Play Store Rating Plummeting to 2.0, Here's How We Are Missing The Point.

A Twitter user in the previous week has shared the video of the two teenagers, who tied the poor dog. The pooch was looking at the youths, as if pleading them to have some mercy. Seconds later, the dog was thrown on a dirty pond, and the two boys further threw stones at him. There was another person, who was behind the camera, capturing the heinous act. “Anyone with information about this case should contact PETA India’s animal-emergency helpline on +91 9820122602 or e-mail,” PETA wrote on its release, announcing to award Rs 50,000 to anyone who helps the organisation in identifying the two boys. TikTok Video of Mujibur Rehman Glorifying Rape Surfaces Online, Rekha Sharma Urges Government of India to Ban Video Sharing App, Says It Is Pushing Youngsters Towards Unproductive Life.

Got this Video via whatsapp , Please Ban tiktok . pic.twitter.com/j8uYP13FKE

The organisation further noted that their move is to help dogs and humans, as “violent people often start by abusing animals and then move on to target humans.” There is no information about the abusers yet or the place where the incident occurred. Meanwhile, netizens have been trending to #BanTikTokIndia after many videos of users glorifying abuses surfaced on the internet. NCW chairperson, Rekha Sharma as well have reported urging the government of India to ban the app as she believes TikTok is pushing youngsters towards unproductive life.