PewDiePie Picked Over BTS’ Kim Tae-Hyung, aka V as Most Handsome Face of 2020 & It Is Not Going Well With the ARMY! TC Calendar Annual Release Sparks Twitter War 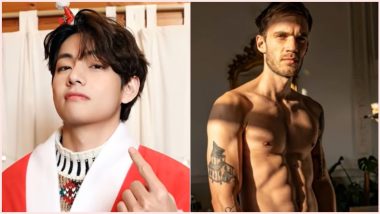 TC Calendar released its annual lists naming the most handsome and beautiful faces from around the world. The publication has been doing this since 1990, with each list being put together alongside. Every year, the list creates a buzz on the internet, with fans of the respective celebrities having a battle over whether the decision was fair or not. This year, Swedish YouTuber Felix Arvid Ulf Kjellberg, known online PewDiePie, is named the Most Handsome Face of 2020. BTS member, Kim Tae-hyung, aka V is second on the list. It is not going well to the ARMY. The latest list of Most Handsome Face of 2020 by TC Calendar has sparked a Twitter war between the K-Pop Stans and PewDiePie’s followers.

TC Calendar & The Independent Critics, compile and annually releases its list, featuring the most ‘handsome faces’ of the particular year. In recent years, each chart has been revealed on YouTube and has soon prompted conversations among fans worldwide. PewDiePie has often made to the prestigious list for the last couple of years, finishing in second place in 2019. BTS members as well found themselves on the list the previous years. After coming close to the coveted top spot last year, PewDiePie was finally crowned the Most Handsome Face of 2020, beating K-Pop Tae Tae, who was listed second.

Watch the Video of TC Calendar's Most Handsome Faces of 2020:

We all know, the significant amount of followers when it comes to the South Korean music band. BTS Jungkook was revealed to be the most-searched K-Pop idol, and he also bagged the prestigious title of the Sexiest Man Alive 2020. So, when the list of Most Handsome Face 2020 was announced by TC Calendar, it was bound to spark reactions. Just narrowly missing out on number one sport, BTS’ Tae Tae was placed second, and Jungkook who was the winner last year, is fourth. Twitter exploded as disgruntled BTS fans clashed with PewDiePie fans, who failed to contain their excitement. A majority of fans seemed jubilant on seeing PewDiePie take home the top spot; another section led mostly by BTS ARMY who were enraged that he beat out the likes of V, who will be celebrating his birthday on December 30 and Jungkook.

Omg Pewdiepie got number 1 most handsome face of 2020 and Taehyung got number 2 if that isn't the power of the internet idk what is pic.twitter.com/GRr9jsYILj

Congrats to Pewdiepie on winning Most Handsome Face of 2020 😌 pic.twitter.com/GRatwQUIy5

Me when I see PewDiePie get number one #100mosthandsomeface2020 pic.twitter.com/bwNqpbtgD1

people who complaining and mad that pewdiepie won the number 1 for 100 Most Handsome Face by tc candler instead of V or any other BTS members, you should stop. everyone deserves it. if we didnt win, we could try again next year@BTS_twt #BTS #BTSARMY

not to be that person but could pewdiepie do this pic.twitter.com/ulcNCg6gkb

ARMY is Not Happy

Pewdiepie won most handsome man of this year, and some kpop stans are furious about it.

pewdiepie got #1 most handsome face...is this a joke

Pewdiepie was named the most handsome man of 2020....I know they lying. How they gonna put him over Taehyung. The KIM TAEHYUNG

Amid the ongoing feud between ARMY and PewDiePie fans, there were other celebrities too who made it to the list. Chris Hemsworth was third, and other famous faces in this year’s top 10 were Timothee Chalamet, Jason Derulo, and Henry Cavill, so it was undoubtedly a star-studded lineup.

(The above story first appeared on LatestLY on Dec 29, 2020 12:08 PM IST. For more news and updates on politics, world, sports, entertainment and lifestyle, log on to our website latestly.com).