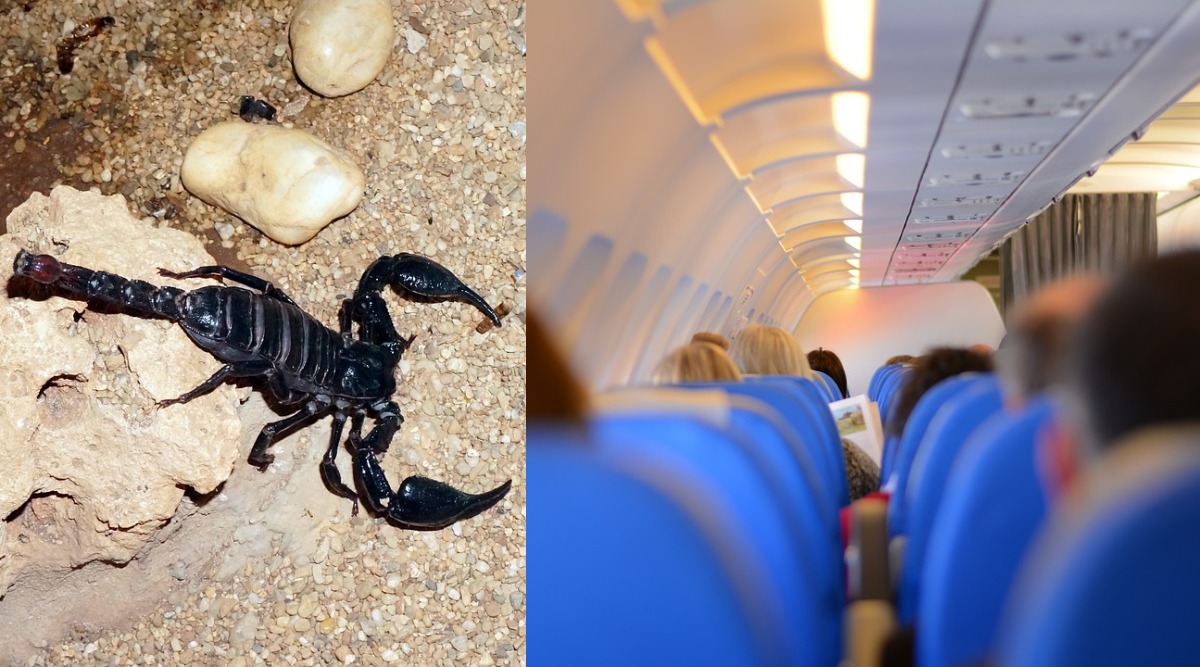 A woman was stung by a scorpion on a United Airlines flight. The incident happened on the flight from San Franciso to Atlanta. As per reports, she began to feel a stinging sensation on her leg after the plane took off on Thursday morning. She immediately rushed to the toilet to find a scorpion in her trouser. It fell out of her clothes and crawled away. After landing the woman was taken to the hospital. She is expected to recover fully there. After the woman's complaint, flight attendants captured it and put it in a box. Peacock As An Emotional Support Animal (ESA) Barred from Boarding United Airlines Flight at Newark International Airport.

United Airlines in a statement said, "After learning that one of our customers on flight 1554 from San Francisco to Atlanta was stung during flight, our crew responded immediately and consulted with a MedLink physician on the ground who provided medical guidance." The statement further reads, "Upon landing in Atlanta, the flight was met by medical personnel and the customer was transported to a local hospital. We have been in contact with our customer to ensure her wellbeing."

Earlier this year, a scorpion was spotted crawling out of the overhead lockers of a Lion Air flight in Indonesia. Two years ago, a United Airlines had said that he was stung by a scorpion on a flight from Houston in Texas to Calgary in Canada. It had fallen from the overhead luggage rack onto his head. In the recent incident, it is not sure if the scorpion was present inside the flight or was it had crept into from clothes before boarding the plane.