Shocking! Mother Steals Daughter's Husband on Their Honeymoon After Organising a Dream Wedding 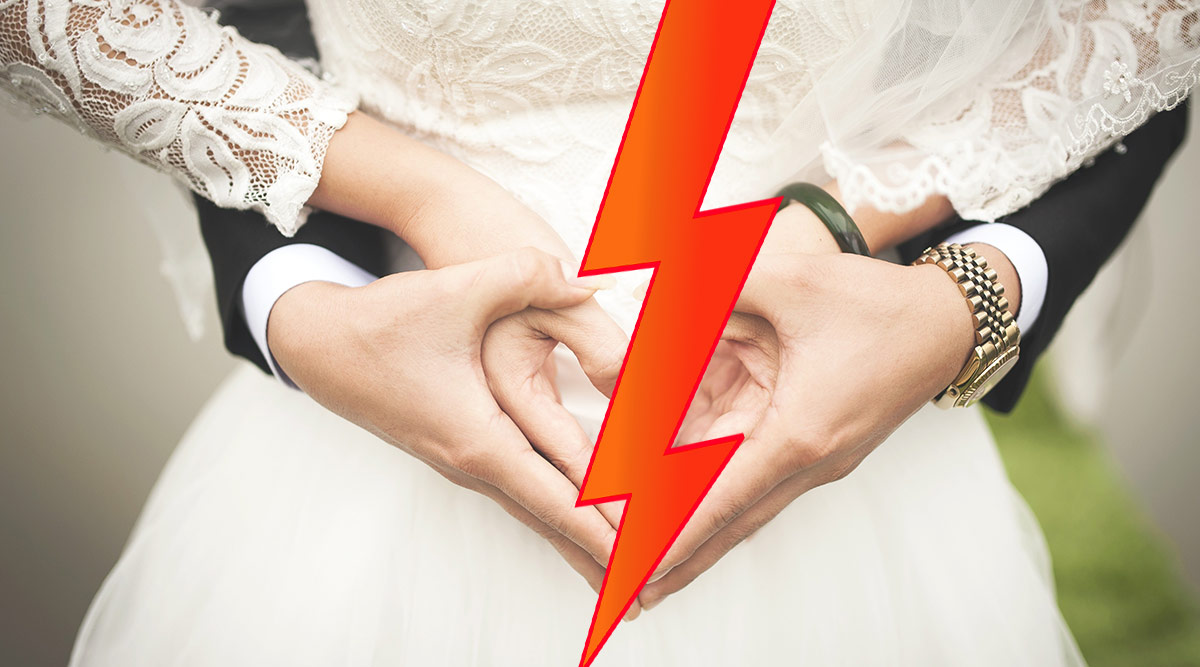 A mother ruined the marriage of her daughter by running away with her husband. The incident that happened 15 years ago left Lauren Wall completely devastated. Her mother had spent £15,000 for their dream wedding and even joined them on their honeymoon. Only when the then 19-year-old thought her dreams were coming true, it shattered to pieces. Lauren married Paul White in August 2004 and they took her mother Julie to honeymoon for paying the expenses. Lauren said he "fancied" Paul and wanted to marry him in a dream ceremony. She was then pregnant with his daughter who was arriving in March. Bizarre Twist in Tale! Groom's Father Elopes With Bride's Mother in Gujarat, Wedding Called Off.

However, Lauren says three weeks after the wedding, Paul became a different person. She said that he would disappear for hours and become protective of his phone. Thereafter, Lauren's sister discovered questionable phone conversations of the duo on phone. When they were approached, both denied. However, days later, Paul walked out and leaving Lauren heartbroken.

Talking about the incident, she told The Mirror, "I felt like my world had ended. I was a 19-year-old kid with a kid." Following which, Julie and Paul moved in together. Months later she spotted her mother walking down the street with a swollen belly on being asked she said it was a 'cyst'. Lauren came home and destroyed all their wedding photos. Bride Calls Off Wedding After Groom Arrives Drunk in Dry State Bihar.

She said "I couldn’t believe the two people I loved and trusted most in the world could betray me like this. It was sick. It’s one of the worst things a mum can do to a daughter." While Lauren doesn't think she can forgive her mother or ex-husband, she attended their wedding in 2006 for the sake of her daughter. Lauren says that her mother tried to contact her but she could not face it. She today has a new partner and is expecting her fourth child.