Silver Kanye West Debuts New Opera in Miami but It Is the Funny Memes and Jokes Grabbing More Attenion and WE CAN'T EVEN! 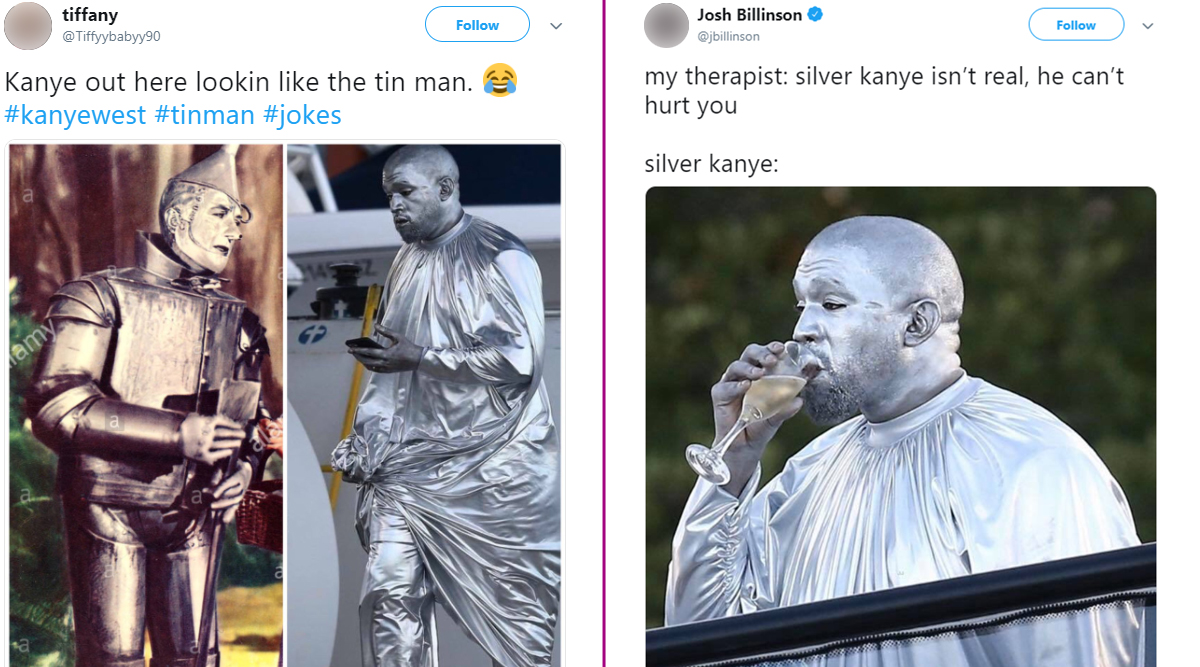 If you are a living human being in 2019 with an internet connection and social media accounts, you may have noticed Kanye West's silver avatar taking over Twitter, Instagram and Facebook.  Kanye debuted in his latest opera and pictures of him with his entire body in metallic silver is going viral. And we are not just talking shocked reactions but hilarious memes and joke that will make you ROFL, real hard. Kanye memes are anyway, extremely popular and now these pictures are like fodder for meme-makers.

The hip-hop star, staged his sophomore opera, Mary, at the Miami Marine Stadium as part of the final day of Art Basel on Sunday and some of his off-stage pictures are to LIT to ignore. So according to E!,  the opera told the Christmas nativity story through Gospel arrangements of Kanye's songs, including "Devil in a New Dress", "Love Lockdown", etc. While nobody knows the clear reasons but Kanye sure had himself and his entire Sunday Service gospel choir coated in silver paint.   Check out the best memes:

my therapist: silver kanye isn’t real, he can’t hurt you

#KanyeWest behaving like Jesus gone on vacation and leave him incharge. 😩 pic.twitter.com/K4aBLB8gcJ

Well this was what Kanye West Dressing was meant for.

Who Thinks Of Such Stuff?

I’m telling my kids this is the Chicago Bean #KanyeWest pic.twitter.com/EBTt4TraOK

When u have money and four young kids, yo inspiration different 😂😂😂 #KanyeWest pic.twitter.com/OXvCdzDYDE

What the hell #KanyeWest ??? pic.twitter.com/zX97tUYgLw

Before this, he debuted Nebuchadnezzar at the Hollywood Bowl in Los Angeles and didn't fetch all great response. In November, Kanye West made a surprise secret appearance at a Houston, Texas jail where he performed with his Sunday Service choir for several intimates on Friday. The rapper-turned-gospel singer performed songs from his new gospel album "Jesus is King."