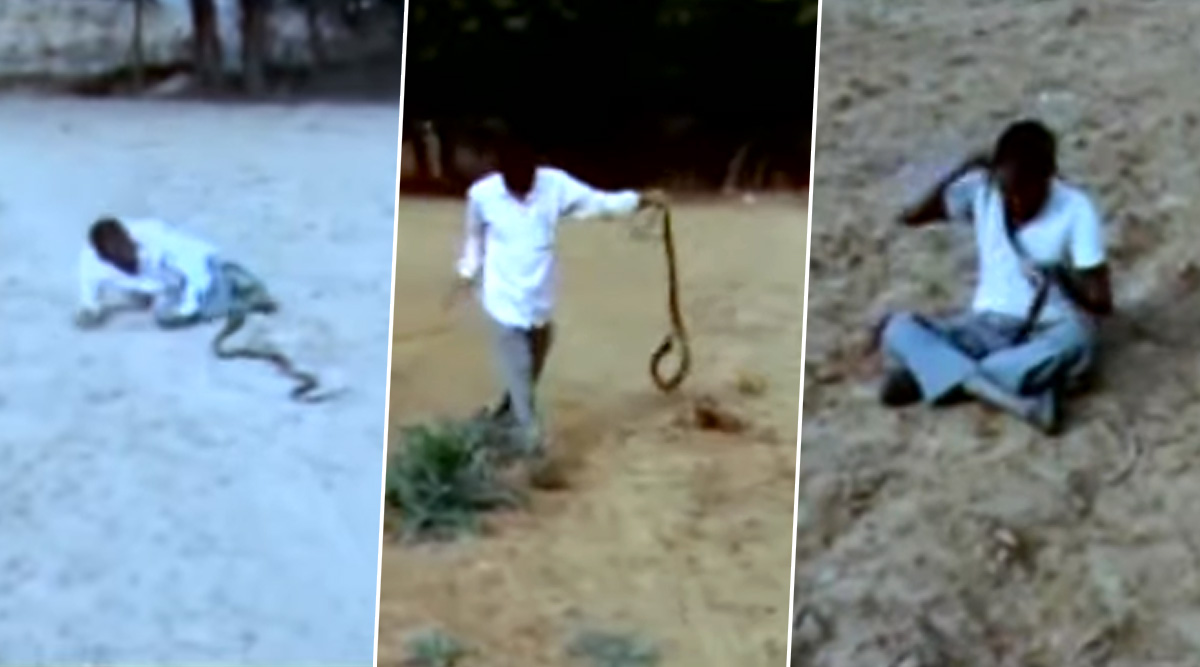 Jaipur, January 3: A drunk man in Rajasthan's Dausa district was caught on camera wrestling with a snake. The absurd video shows a man in an inebriated condition holding and catching the snake for close to 30 minutes. As people became aware about the incident, they rushed in large numbers. Upon reaching the spot, they could not believe what they were seeing. However, no one dared to go near the man because of the fear of snake. Rat Fighting Off a Snake In This Video is Shocking Yet Filled With Amazing Life Lessons.

The man in the video has been identified as Prakash Mahavar. The incident took place in Gurakatla village in Dausa district of Rajasthan. Reports said that Prakash was drunk and that he stopped the snake whom he spotted close to him. Instead of running for cover upon spotting the snake, Prakash tried to  pick the snake and continued with his antics. Cobra Swallows Onions and Vomits it Out, Bizarre Incident in Odisha Caught on Video!

Those who witnessed the weird incident  with their eyes said also said that Prakash also tried to put the snake around his neck. During his encounter with snake, Prakash was also bitten repeatedly by the reptile. After close to half-an-hour, the whole drama ended.

Local police said that they know of a man who has been admitted to a hospital in Jaipur due to multiple snakebites. However, the police is not sure if it is the same man as it's not sure what happened to Prakash immediately after the video ended and which hospital he is undergoing treatment in. The police said that they expect to find the man soon.