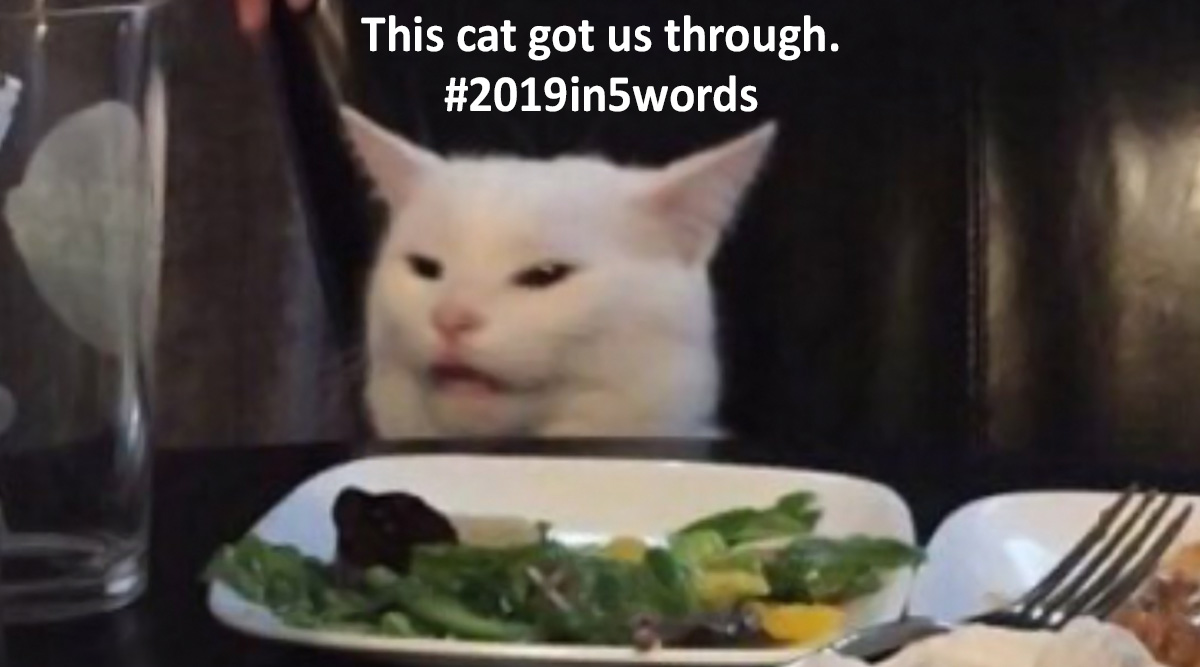 The year is almost coming to an end and people are reminiscing on things that happened in the past year. Social media users have tonnes of things to look back upon from popular GIFs, videos, tweets and much more. And the latest one is a Twitter thread where people are summing up this year in just five words. Twitterati is sharing GIFs, photos and videos alongside different events that occurred this year. The Twitter thread '2019 in five words' with the hashtag #2019in5words has generated quite a lot of reactions on the internet. Year Ender 2019: From Ranu Mondal’s Singing to ‘Land Kara De’ Guy’s Cuss-Filled Clip, 7 Desi Viral Videos That Ruled the Social Media.

From the climate activist, Greta Thunberg's feat to Star Wars, Jonas Brothers and Baby Yoda memes, netizens have plenty of stories to share. People also took to Twitter sharing their accomplishments and life stories. While most people shared things that went viral in 2019 others posted their life updates and how things changed in the past 10 years. Check out what people are sharing 'Summing up 2019 in five words'.

That Was One Hell of a Moment!

We All Agree to That!

One Hell of A Ride.

When Greta Led The Way!

Star Wars Fans Have Never Been Happy Before!

Baby Yoda Reminded Us of Our Childhood!

As the year comes to an end people are sharing various stories from around the world. From popular GIFs of the year to videos and other stories, social media is full of things that happened in 2019.