The Simpsons Stand With Ukraine, Raise the Ukrainian Flag in New Commissioned Image

Recently, Twitter users unearthed a clip from an episode titled 'Simpson Tide' from 1998, joking the Soviet Union never dissolved and that the Berlin Wall magically resurfaced. 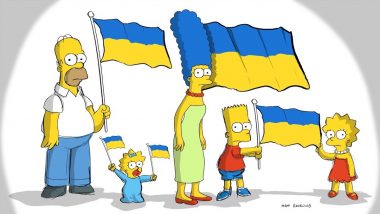 Los Angeles, Feb 27: Popular animated sitcom 'The Simpsons' has released a commissioned image of the animated cartoon family in support of Ukraine's fight against Russia. A photo tweeted from the official account of 'The Simpsons' depicts Homer, Marge, Bart, Lisa and baby Maggie holding Ukrainian flags in unison with a caption reading, '#TheSimpsons #Simpsons #Ukraine'.

Al Jean, Simpsons' executive producer, said the creation of political images isn't common in the animated sitcoms repertoire. However, the Russian invasion of Ukraine proved to be an appropriate exception, reports deadline.com. "We don't do this very often, only very rarely when there's something extremely important for a cause that could not be bigger," Jean said. The Simpsons' Predictions For Russia-Ukraine Crisis Come True? Netizens Feel Sitcom Foresaw The Issue Way Back in 1998, Watch Video.

The cartoon was drawn by animator and director David Silverman who has been with the show since its inception in 1989. Show producer Jim Brooks called creator Matt Groening, Jean and Silverman to create the image to express their solidarity with the independent Eastern European nation.

"It's meant to show we care about what's going on and have enormous sympathy for the people of Ukraine and want this to stop," Jean added. 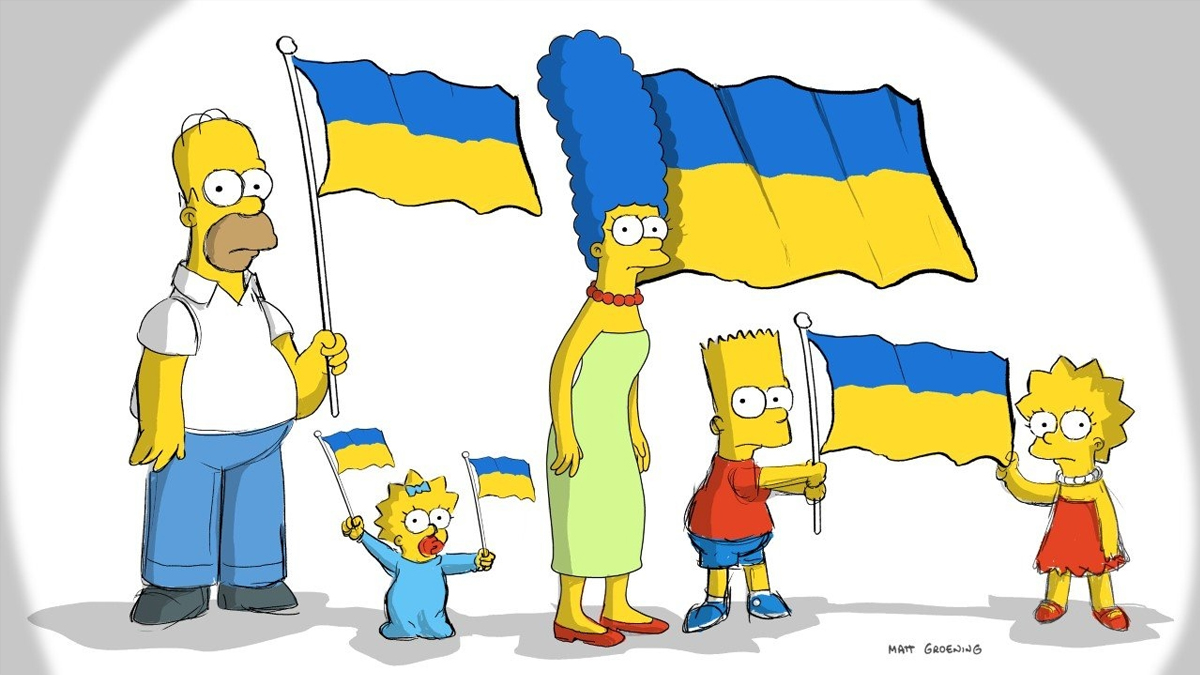 The animated Fox sitcom has gained a reputation in recent years for predicting historical events with uncanny accuracy years, even decades, ahead.

Recently, Twitter users unearthed a clip from an episode titled 'Simpson Tide' from 1998, joking the Soviet Union never dissolved and that the Berlin Wall magically resurfaced.

(The above story first appeared on LatestLY on Feb 27, 2022 04:45 PM IST. For more news and updates on politics, world, sports, entertainment and lifestyle, log on to our website latestly.com).